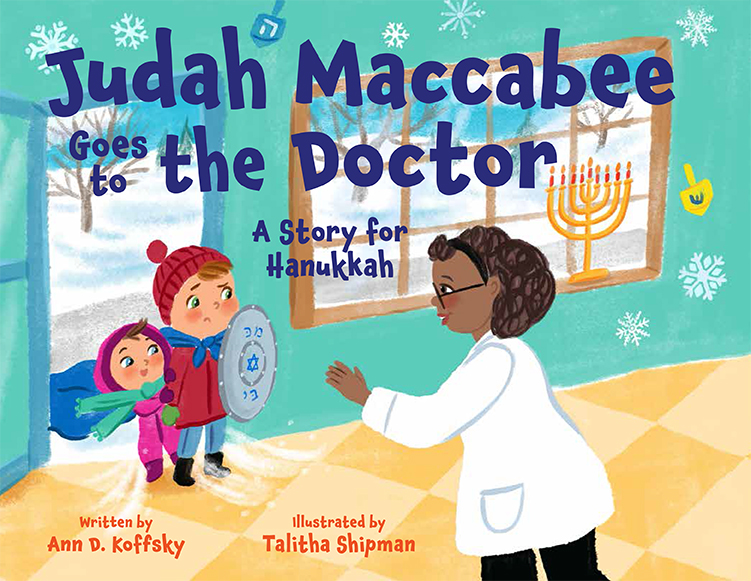 This Sunday, May 19, Eichler’s Judaic, the sprawling Judaica store in the heart of Ultra-Orthodox Brooklyn, will be hosting author/ illustrator Ann Koffsky, and sharing her book, Judah Maccabee Goes to the Doctor.

Published by Apples & Honey Press (an imprint of Behrman House) in 2017, the book has garnered much new attention and relevance because of the measles outbreak that has affected the Jewish community. Information about the event has gone viral within Jewish Facebook and Whatsapp groups, and Ann will be a guest on the Nachum Segal radio program on May 16 as well.

The book has provoked anti-vaxxers, who targeted the book and posted a stream of one-star reviews on its Amazon listing. The attack, and the pro-vax community’s response, was covered in The Washington Post and across the Jewish media.

Information about the event has also gone viral because Koffsky (who is Orthodox herself) insisted that her photo be included on advertisements for the event. Many publications in the Ultra-Orthodox community refuse to print photos of women, and people who feel strongly about that issue have rallied to her side in support.

The story follows a young boy named Judah who overcomes his fears of getting a shot and is celebrated for his bravery. A parent note at the end of the book describes in a child-friendly way how vaccines work and explains the Jewish value of guarding your health, or shmor et nafshecha.

“A terrific story! It reminds us of the importance of vaccines—not only for the health of the individual child, but for the wider community, too.”

Judah Maccabee Goes to the Doctor