The same ancient Semitic system, Phoenician in origin, of which Hebrew is one example, gave rise not only to Greek but also Arabic, Latin, and Cyrillic alphabets.

Yet Greek and Hebrew are very different languages, and are even written in opposite directions. As Israeli poet Yehuda Amichai once wrote, one goes west to east, while the other goes east to west.

In Hebrew, the names of most of the letters actually mean something. They are words, not just sounds. The consonants comprising the name of the first letter, alef, א-ל-פ, make up a root meaning: "tame" or "train." And there is even a connection between the meaning and the form. 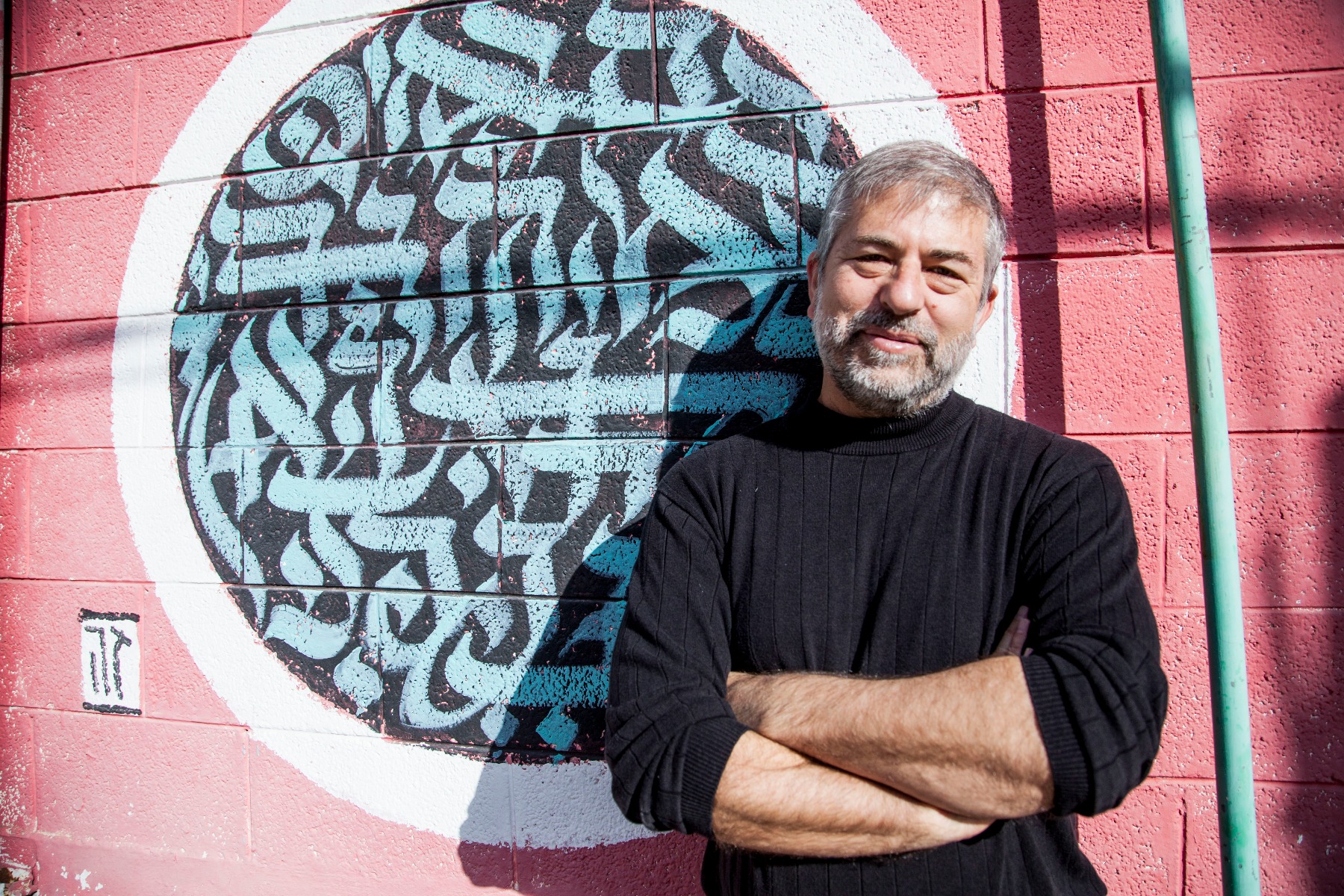 The original ancient symbol for the letter alef was shaped like the head of an ox, the biggest domesticated animal in the Near East, which was called an elef. The verb is לְאַלֵּף l’alef, and the noun is אִילּוּף iluf—as in the Shakespearean אִילּוּף הַסּוֹרֶרֶת Iluf Hasoreret, "The Taming of the Shrew."

As far as large, tamable animals go, believe it or not, the word "elephant" may be part of this family. The Oxford English Dictionary mentions the Hebrew elef as a possible ancient Semitic cognate.

There's more to the root than oxen and elephants. For instance, in modern Israel, a school to learn Hebrew is an אוּלְפָּן ulpan. Someone who says, "I'm just starting out in ulpan kitah alef (the “first” level) and I'm learning the א-בּ alef bet," has just used this root three times.

The letter alef has also had an interesting career in mathematics. One of the greatest modern mathematicians, Georg Cantor, pioneered the study of the idea of infinity. Just like Greek letters such as π (pi) have been used to represent mathematical concepts, Cantor chose the Hebrew letter alef to signify a new type of number he called "transfinite." Technically, it designates "the cardinality of an infinite set," with 0א (pronounced "aleph null) referring to a countable infinity, and 1א to an uncountable one. But who's counting?

Why did Cantor choose alef? Cantor was Lutheran, but his Scandinavian ancestors were possibly Jewish, and given a good classical education, so he knew some Hebrew. He believed that exploring the nature of infinity was akin to getting closer to God. So the Hebrew letters, and א alef as representative of the One, may have had mystical symbolism for him.

We haven't covered everything from alef to tav, ת, which is the last Hebrew letter and is similar in shape to the last Greek letter, Ω omega. But if you don't learn your Hebrew letters, someone may call you “analphabet,” the thoroughly Greek construction—"an-" (negation) + “alphabet”— Hebrew for "illiterate." Meaning, essentially, that Hebrew is Greek to you.