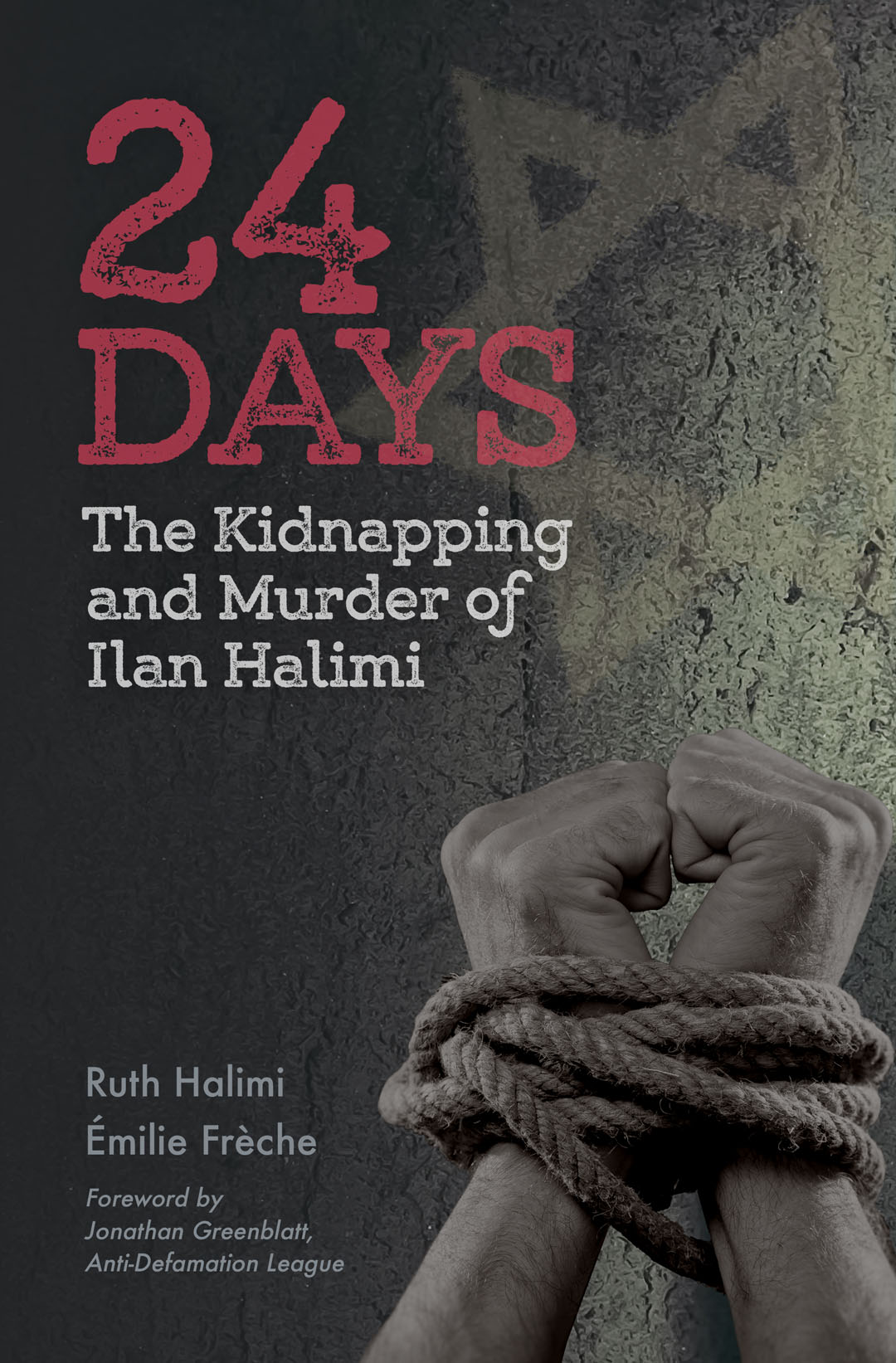 24 Days: The Kidnapping and Murder of Ilan Halimi is a wake-up call to the growing scourge of anti-Semitism, extremism, and hate around the world. Co-published by Behrman House and the Anti-Defamation League, this memoir by Ilan’s mother, Ruth Halimi, recounts the 24-day ordeal from the day he was kidnapped to the day his mangled body was found just outside of Paris. Published on the 14th anniversary of Ilan's death, this English language version is updated with current-day headlines showing the line between Ilan Halimi’s death and modern incidents of anti-Semitism in America.

A starkly candid retelling of the 2006 kidnapping and murder, in what became known in France as the Halimi Affair, 24 Days is a mother’s cri de coeur against the evil forces of hate that led to her son’s horrific kidnapping, torture and death in one of the most infamous cases involving anti-Semitism in French society since the notorious Dreyfus Affair a century earlier.

Ilan Halimi was a young cellphone salesman living with his mother and sister in a working-class neighborhood in Paris. One evening, as his mother prepares for Shabbat, Ilan suddenly disappears. At first the family hopes for the best, assuming he’s just gone out with friends or absentmindedly forgotten the time. But as the hours pass and their messages to him go unanswered, the realization sets in that something has gone horribly wrong. Soon their worst fears are confirmed: Ilan has been kidnapped. “We have Ilan,” the kidnappers write in an email. “We demand 450,000 euros to release him alive…”.

For the next 24 hours, and moving into the next 24 days, Ilan’s family and the French police desperately scramble to locate him while attempting to negotiate terms for his release. As the kidnappers’ messages grow more erratic and their threats more dire, the police reassure the family they have the investigation under control and can convince the kidnappers to release her son. But Ruth soon realizes that she may never see her only son alive again.

Ilan’s story has been contextualized for American audiences with vignettes from recent headlines in the United States, including white supremacists marching in Charlottesville and synagogue shootings in Pittsburgh and Poway, to remind readers of how anti-Semitic conspiracy theories have had deadly consequences in America as well.

“This book reads like a detective novel.  The difference is that it is true and the ending is tragic beyond belief.  Many people, when analyzing the rise in contemporary anti-Semitism, forget that so much of it began with Ilan Halimi.  The book is riveting and, though one knows the ending, as I read it, I found myself hoping against hope for a different outcome.”

Read a Times of Israel piece about why the world needs to remember Ilan Halimi, by Jonathan Greenblatt of the ADL.

“This is not only my son Ilan’s story.  I want it to be published to remind people of what hatred and intolerance can do, hatred for the other, intolerance of what we see as different. Given the world we live in today, we have to remember that we are all people, and we are the same, regardless of our beliefs. Otherwise, there will be very dark times ahead.”
─Ruth Halimi, author of 24 Days

24 Days is available from BehrmanHouse.com, local bookstores, and online: