Sharing the Sound of the Shofar 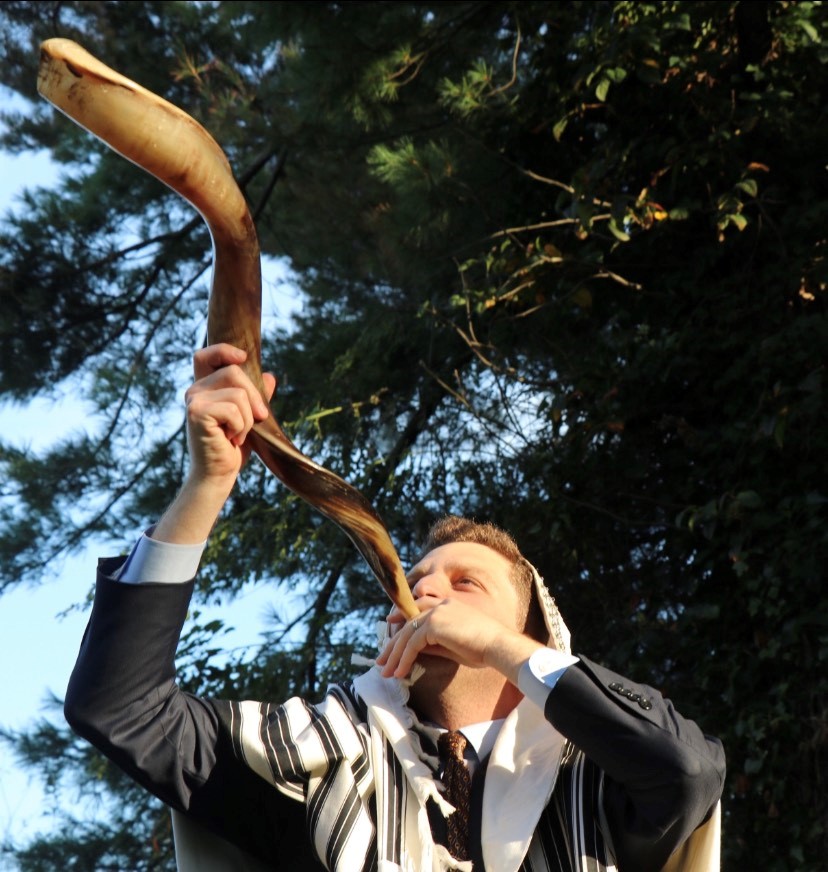 The cry of the shofar echoed through the home of Alta and Harry Eisenpress. With each piercing note, the lights flashed on and off, like the thunder and lightning at Mount Sinai. "The shofar blasts triggered a reaction from somewhere," said Alta. "Maybe from heaven," she adds with a smile.

The Eisenpresses wanted to hear the shofar, even though Harry Eisenpress was too ill to attend synagogue services. "What's Rosh Hashanah without hearing the shofar?" Alta said, recounting how teens from the White Plains, New York synagogue near in their home visited the elderly couple and "made it Rosh Hashanah for us." As one teen blew the shofar, the clap-on/clap-off electric lamps flashed wildly on and off with every shofar note.

"Sharing the joy of Rosh Hashanah with these young people certainly cheered us up," said Alta. "They were strangers when they arrived and friends when they left."

One of those teens was 15-year-old Michael Sokol, who joined more than a dozen other students from Temple Israel Center to conduct Rosh Hashanah services and blow the shofar for congregants like the Eisenpresses who couldn’t leave their homes or health facilities.

Michael also recruited other volunteers, asking his friends to “join me in helping to make it a sweet year for many other people." He began sounding shofar at a nursing home when he was 9. He marvels at the shofar's magnetism, how its primitive voice gathers people who are within hearing range.

Now an adult, Michael is still blowing shofar for others, as the ba'al tekiah (shofar blower) at Young Israel of Lawrence-Cedarhurst on Long Island and continues to share the sound of the new year with members of the community who are home bound. "It starts my year out with a mitzvah," he explains.

Michael reminds himself before each deep breath that the mitzvah on Rosh Hashanah is not to blow shofar. Rather, the blessing that he recites before the shofar service acknowledges the sanctity of hearing the shofar. It's not a mitzvah for Michael to sound the shofar when there's no one to listen. Only sharing the sound with others makes it a mitzvah.

Michael’s Shofar
The first shofar that Michael used wasn’t his own. It belonged to his older brother, Jason, who used to be a ba’al tekiah for their synagogue. Fascinated, Michael practiced often enough with his brother’s shofar that his sister Ashley took notice. When she went to visit Israel, she brought him home a very special gift: a long, Sephardic shofar, which Michael says is harder to blow than a smaller one, but much louder. He’s been using it ever since.