Should I Buy a Chromebook? 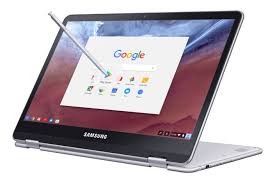 As the digital director at Behrman House, I’m constantly asked many questions about hardware and software.  What’s the best phone?  Should I update my operating system?  Am I going to get the latest virus on my computer?  Should we get iPads for our students?  What’s the best (fill-in-the blank)?

A common question that we are hearing now is should I buy Chromebooks for our school and students?

Like every other software or hardware question it depends on what you want to use it for.

So, I will briefly tell you what a Chromebook is, what it’s good for, and the downsides.

A Chromebook is a laptop that runs Google’s Chrome OS (operating system).  Chrome OS is a variant of Google’s web browser (Chrome).  It is a web-based operating system, so it gives you access to online applications and content.  It is not, however, a full desktop operating system like Windows 10 or MacOS, which means it has some limitations, including the need for constant internet access to use it.

Let’s look at the powers and the limitations of Chromebooks so you can decide whether or not they will work for your needs.

One of the biggest benefits of Chromebooks is price.  Chromebooks are generally much less expensive than traditional laptops, often to be found in the range of $200 - $400. They also tend to provide faster access to the online apps you access with them. Their battery life is longer (between 9 and 12 hours on a single charge) because they are not supporting all the functions that a full laptop provides.

Google provides a good selection of free web software applications that run on Chromebooks.  They range from word processing (Docs) to getting directions (Maps) and even translating languages (Translate), and much more. Recently Google updated Chrome OS to also run Android apps (from the Google Play Store) on a Chromebook.  This means almost all the apps that run on an Android phone can now run on a Chromebook too.

If you already use a web-based email service like Gmail or Microsoft’s web-based Office365 (featuring popular apps such as Word, Excel, Outlook, and Powerpoint) you can use these on a Chromebook as well.

We at Behrman House have been developing web-based learning apps since the early 2000's.  All our web-based apps, even our older ones, can work on Chromebooks.  Our older apps such as Alef Bet Quest and Kol Yisrael were developed in Flash; to use on a Chromebook you just need to download and install the Flash player plugin for Chrome.  All our newer web applications (such as Shalom Hebrew Digital and Hebrew in Harmony) work on Chromebooks without any modifications.

Obviously with any technology solution there are downsides.

Chromebooks were developed to run on the Internet, so you need Internet access for full functionality.  While many web-apps are adding some offline capabilities, this doesn’t work for everything.  To make sure you can use all functions in all the apps on your Chromebook, Internet access is a must.  So, if you do not have reliable access to a strong Wi-Fi connection, you may not be able to use a Chromebook.

Another issue is that not all the programs you used on your Windows or Mac laptop are available as apps for Chromebooks.  If you use the Adobe Creative Suite for Photoshop, Dreamweaver, Illustrator, InDesign, you will not be able to run those apps on a Chromebook.  Before you buy, you should find out if the programs you want to use have web versions or an Android app replacement.

Chromebooks are designed to make use of cloud storage such as Google Drive and Microsoft OneDrive, so most come with only limited storage (16GB, 32GB, or 64GB SSD).    So, if you are choosing Chromebook, make sure you have enough cloud storage for your documents, music, videos, and photos.

Overall, if you are already doing most of your tasks online through web-based apps, then a Chromebook might be the answer for you.  However, if you have limited internet access, if you use applications like Adobe Photoshop, or if you do video and sound editing, then a traditional Windows or Mac laptop would be a better option.