The Joy of Hebrew: Making Meaningful Connections to the Language, Q&A with Dina Maiben 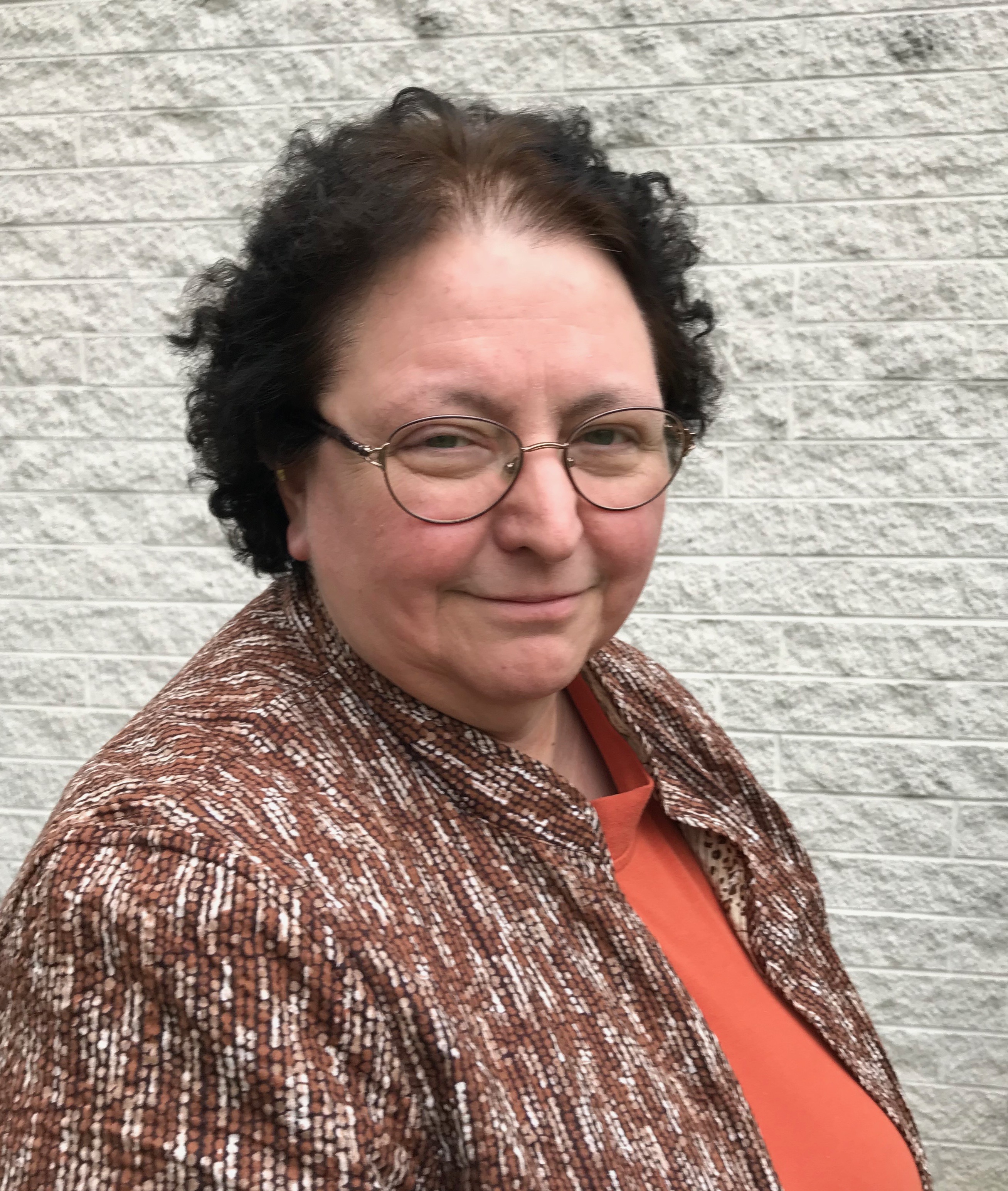 Dina Maiben is the Hebrew program director at Gratz College, where she is also a doctoral candidate focusing her research on the second language teacher education of Hebrew teachers.  She has written extensively on Hebrew reading and language education and is the author of twenty-one books and more than two dozen journal articles and stories. With lots of conversation happening lately around Hebrew learning in part-time educational settings, we asked her to explain the research.

What do you remember about learning Hebrew yourself?

Many years ago, when I was first learning to read Hebrew, I remember sitting in the sanctuary, prayer book open, and feeling like I was drowning in a sea of Hebrew letters, when suddenly a single word jumped off the page: “שָׁלוֹם.” I knew that word! I not only knew how to sound it out, but I knew what it meant. It was the word that my teacher used to greet us at the start of every class and it was what she wished us as we headed home. For me, this was a magical moment, one that has informed my career as a Hebrew teacher, and one that I have seen mirrored by countless youngsters when they learn to crack the code of Hebrew phonics or who suddenly recognize the meaning of a Hebrew word they’ve heard over and over in class.

How is learning a second language different from acquiring one’s first language?

What does this mean for second-language learning?

Efforts to capitalize on the innate human ability to acquire language have led to the development of several “naturalistic” instructional methods that attempt to mimic the process of first language acquisition. One of these methods, Total Physical Response or TPR, was developed by James Asher in the late 1960s. Asher was a psychologist who completed postdoctoral training in linguistics, educational research, and Arabic.  He based his approach on his observations of young children learning their native language. During the course of his research, Asher noticed that physical actions played a large role in child language learning.

Dr. Diane Larsen-Freeman, one of the nation’s leading authorities on second language instruction and lead author of Techniques and Principles in Language Teaching, classifies TPR as a “Comprehension Approach” because listening comprehension is central to the method. In this way, TPR mimics how people acquire their first language: aural comprehension precedes speech, which is then followed by reading and writing.

How is this process different from first language acquisition?

As Larsen-Freeman describes it, TPR students are not pressured to produce utterances in the target language as they are in other naturalistic methods, but begin to create utterances at their own pace, usually within a few weeks of starting the program. This is in sharp contrast to small children acquiring their native language who frequently need up to two years before speaking in sentences. One of the crucial elements of TPR, which is common to all of the naturalistic methods of second language teaching, is the use of authentic language. Students must use authentic language in order to acquire it naturally.

What do you mean by “authentic language?”

The whole purpose of methods that attempt to imitate the way first languages are acquired is that learners must be exposed to language the way it is actually used, especially when it comes to difficult concepts. Since learners are exposed to many examples of the second language, they have the opportunity to deduce the meanings of grammatical features as well as words. This kind of active language learning allows them to gain a deeper understanding of such issues as number and gender as well as noun-verb and noun-adjective agreement because they discover those features for themselves.

In order for methods like this to work effectively, the language information presented to learners must conform to how the language is actually used by native speakers. There are wonderful ways schools teaching Hebrew can capitalize on the many positive features of TPR, including getting students up and moving in the classroom. Central to Asher’s approach, remember, is use of language the way it’s used by native speakers. For example, the teacher can incorporate novel verbs and actions (e.g., “hop to the door”— קְפֹץ\קִפְצִי\קִפְצוּ אֶל הַדֶּלֶת) using the imperative form. Using the infinitive form of the verb (“to hop”— לִקְפֹּץ) instead of the imperative forms (“hop! — קְפֹץ\קִפְצִי\קִפְצוּ!) may help teachers avoid dealing with the complexities of gender and number. But it is essential to use the language as it is actually spoken in all its complexities. To teach otherwise creates a false understanding that will have to be untaught if the student goes on to further language study.

Where do phonetic decoding skills come into play?

Learning a second language is simply not the same as learning a first language; that’s true for reading as well as learning to speak.  For one thing, second language readers do not need to go through all the stages of acquiring the sounds of the language before learning which symbols are associated with individual sounds. It is true that an awareness of how the symbols of a writing system map onto the sounds of the language is a prerequisite for learning to read in alphabetic languages but once a learner has mastered the concept with one language, the understanding readily transfers to a new language system.

Understanding how sounds are combined into words and words into sentences is something that develops over time in early childhood, but once a learner has reached school age it should be fully developed. And once mastered, it can easily be applied to a new language. By the time students are in 3rd grade, they are more than ready developmentally to apply what they understand about phonics to a second writing system (orthography). For second-language learning, it doesn’t take many years for children to build the oral/aural foundations of a language that are necessary for understanding how print maps onto the sounds of the language, as it would for first language learning. The central issue in Hebrew reading instruction is not the age at which Hebrew decoding should be introduced; the real question is what one does with decoding after it has been taught.

What are the implications of this research on part-time Jewish education programs?

There is a compelling argument that teaching decoding early and following it with unending drills of meaningless syllables, words, and texts creates a kind of boredom that is antithetical to our goals as Jewish educators in general and Hebrew teachers in particular. On one level, it makes sense to ensure that students read at their best as they prepare to become b’nai mitzvah, but assuming that Hebrew literacy has no purpose beyond a rite of passage ceremony does not elevate the place of Hebrew in Jewish life or even Jewish education.

A better approach would be to teach decoding in concert with oral Hebrew language, and to make sure that students are given texts to read that provide a balance between ease and challenge, are meaningful to them, and that build on what they have learned previously as they progress. Such texts dovetail the learner’s acquisition of letters, vowels and blending, and provide context for decoding skills; for example, simple readers and story books, Hebrew songs and rhymes, and cultural vocabulary.

Such an approach would both be in line with our goals as Jewish educators and also conform to the kinds of language proficiency standards promoted by the American Council on the Teaching of Foreign Languages (ACTFL). The ACTFL standards for all foreign languages contain benchmarks in all four language areas: aural comprehension (listening skills), oral production (speaking), reading, and writing.

One of the elements found in even the beginning lessons in TPR classrooms involves the teacher writing the commands taught in that lesson on the board while the students copy them into their notebooks. The reason for this activity, which is integral to the method, is that reading and writing reinforce the aural and oral aspects of language and facilitate its acquisition.

We are at an inflection point in part-time Jewish education as we have a marvelous opportunity to introduce Hebrew as a personally meaningful language to students in North America and have fun with it. What we need now is to use Hebrew the way it is actually spoken as well as to incorporate the best elements of all the naturalistic language teaching methods into our teaching. Above all, the approach should make use of all four language skills - listening, speaking, reading, and writing - providing students with meaningful reading and writing activities that reinforce the oral language they are learning. In such a scenario, Hebrew education can become the best of what we hope it can be.