Thirteen turns into a lucky number as Apples & Honey Press, an imprint of Behrman House, announces its largest lineup of Spring children’s books ever. All the books are available now for preorder on Amazon, and direct from Behrman House on their respective release dates. 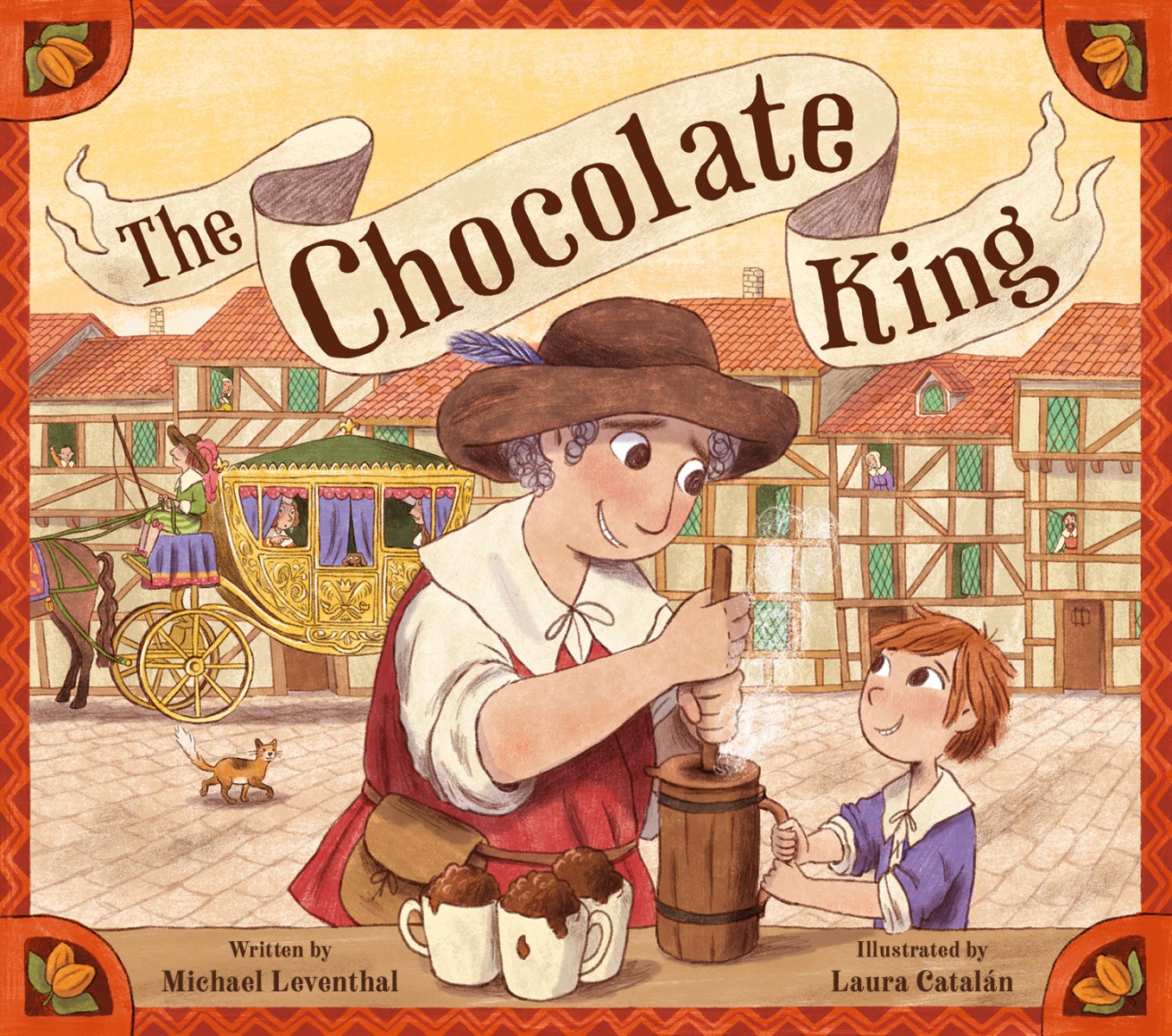 The season kicks off on February 1 with the U.S. release of The Chocolate King by Michael Leventhal and illustrated by Laura Catalan. This intergenerational story of chocolate and the Jewish community in Spain and France also features a foldout timeline of chocolate history and an illustrated guide to early chocolate making. It is available for preorder on Amazon now and direct from Behrman House on February 1. 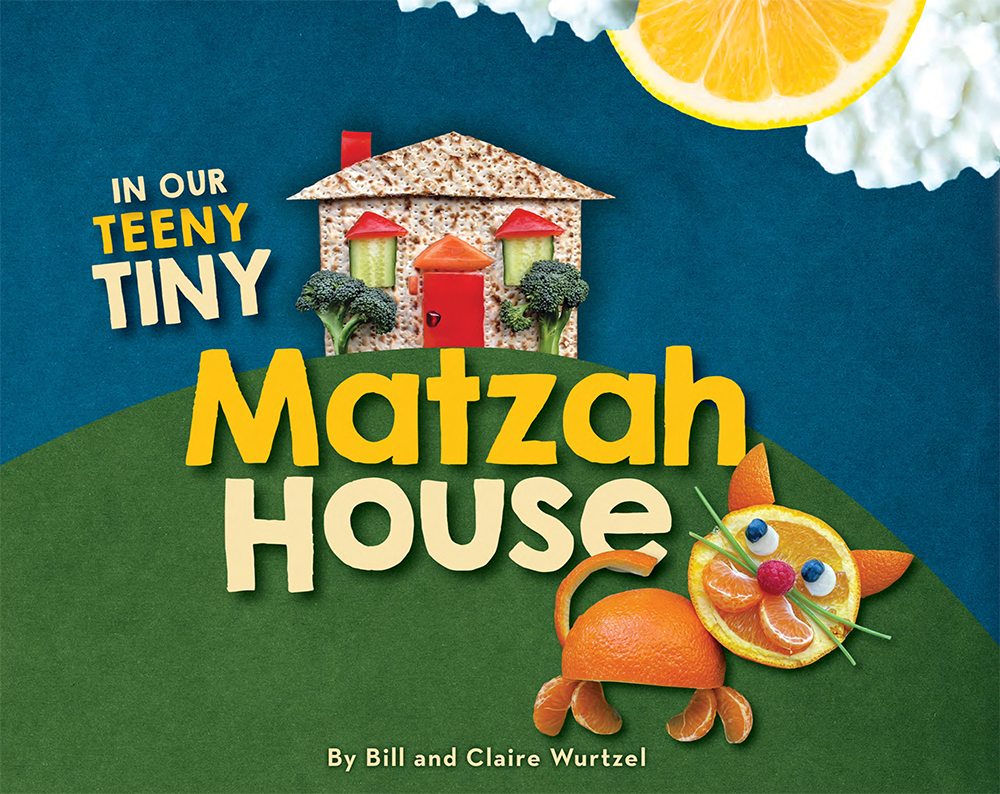 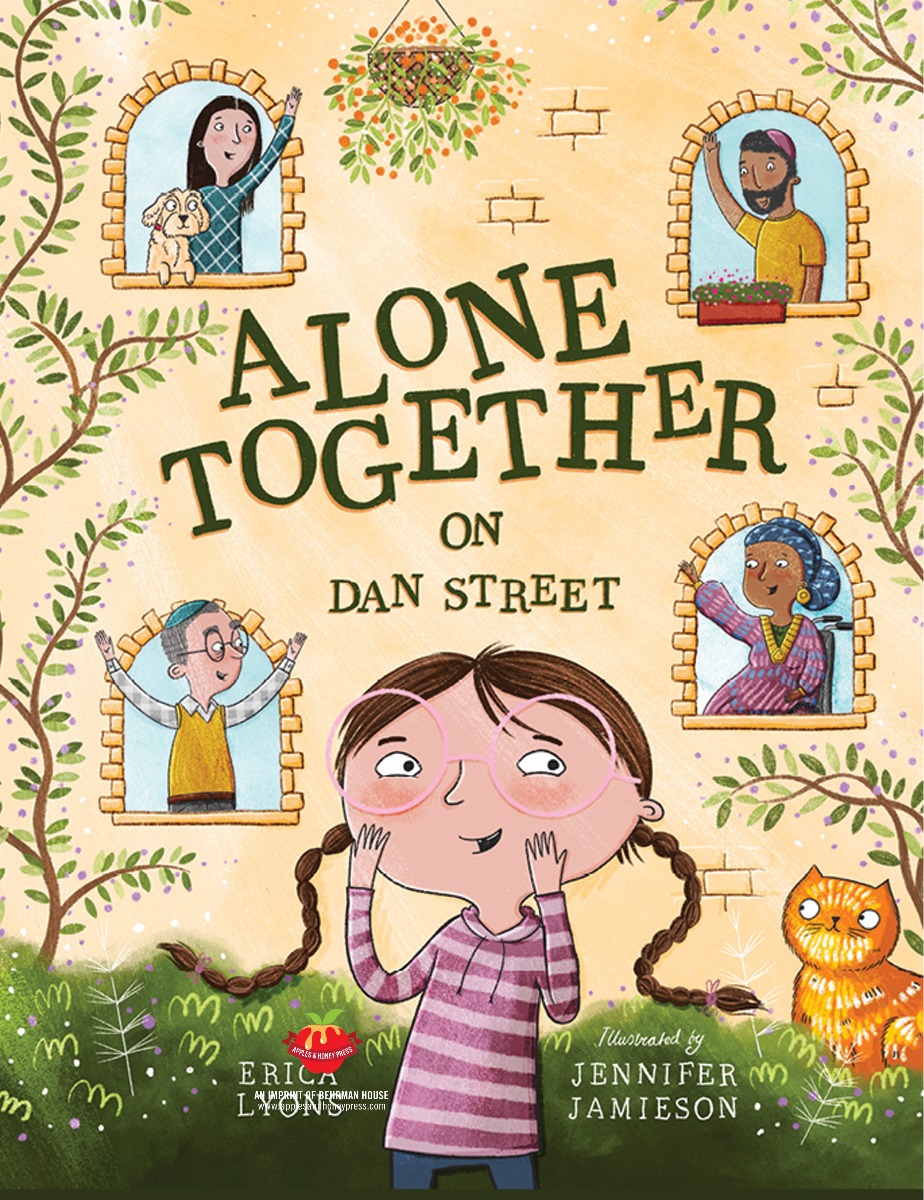 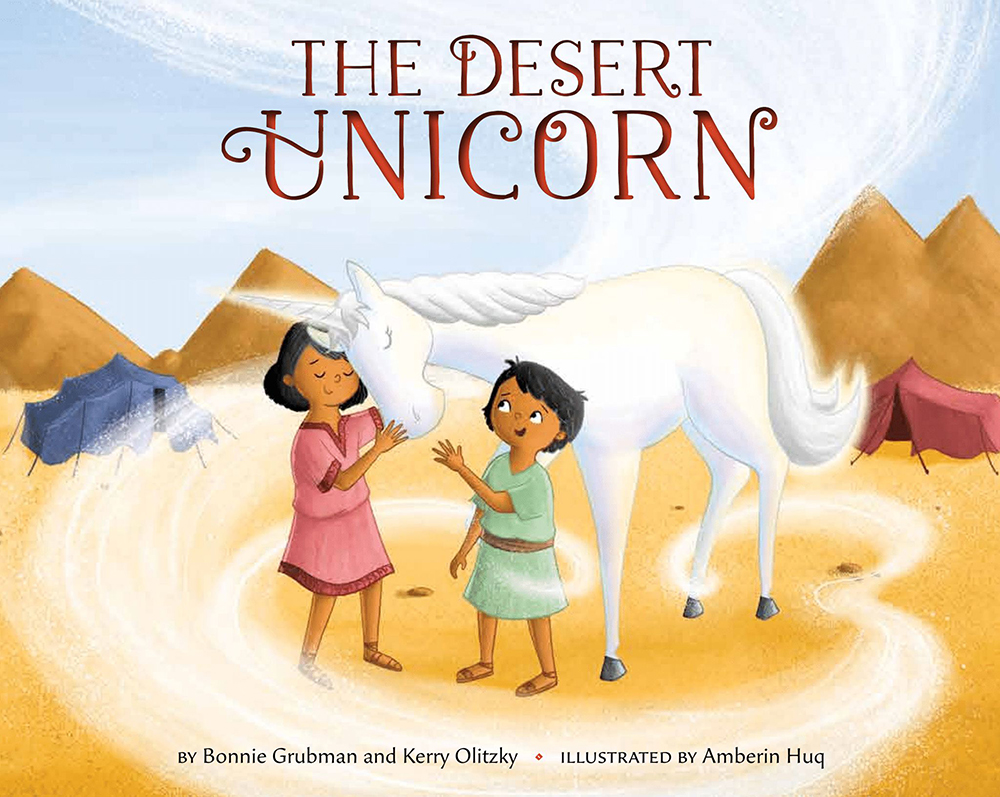 Coming March 1, and in plenty of time for Passover, are three picture books for the holiday. The husband-and-wife team of Bill and Claire Wurtzel have created a scrumptious treatment of the classic crowded house folktale in food art, In Our Teeny Tiny Matzah House, which also features a Zoom element to the seder.

The pandemic’s effect on holiday celebration is also a theme of Alone Together on Dan Street by Erica Lyons, as a young girl practicing the Four Questions on her family’s balcony in Jerusalem helps the entire neighborhood find novel ways to come together for Passover even when they can’t gather physically for the holiday. Illustrations by Jen Jamieson are rooted in the architecture of Israel. 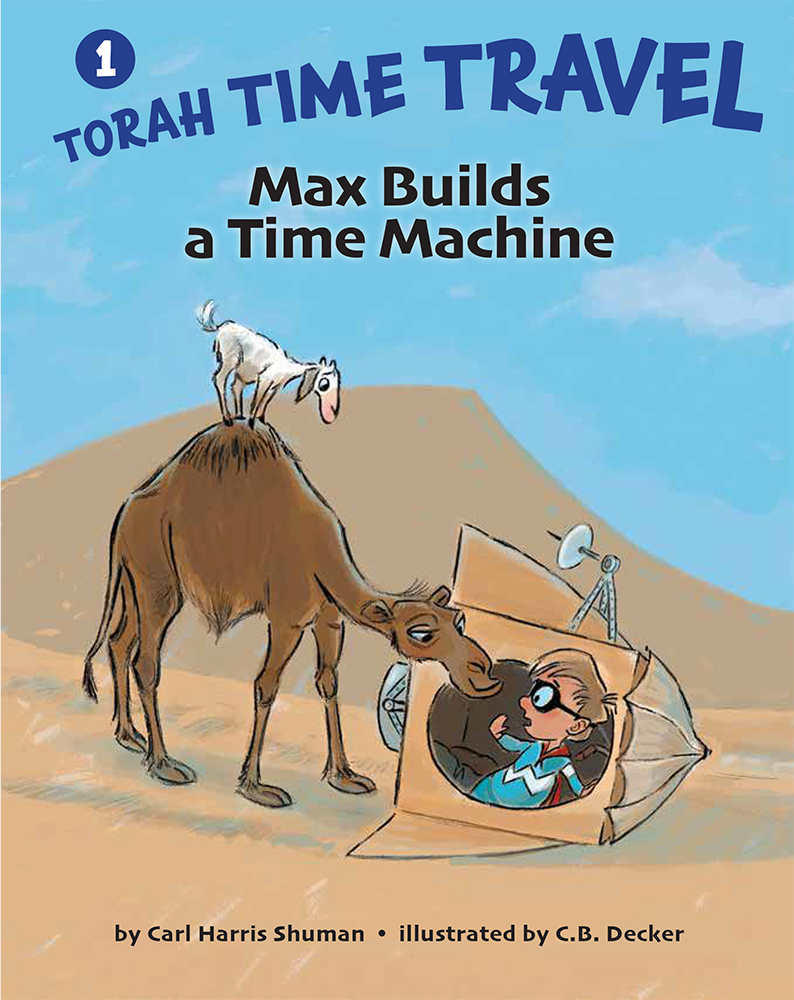 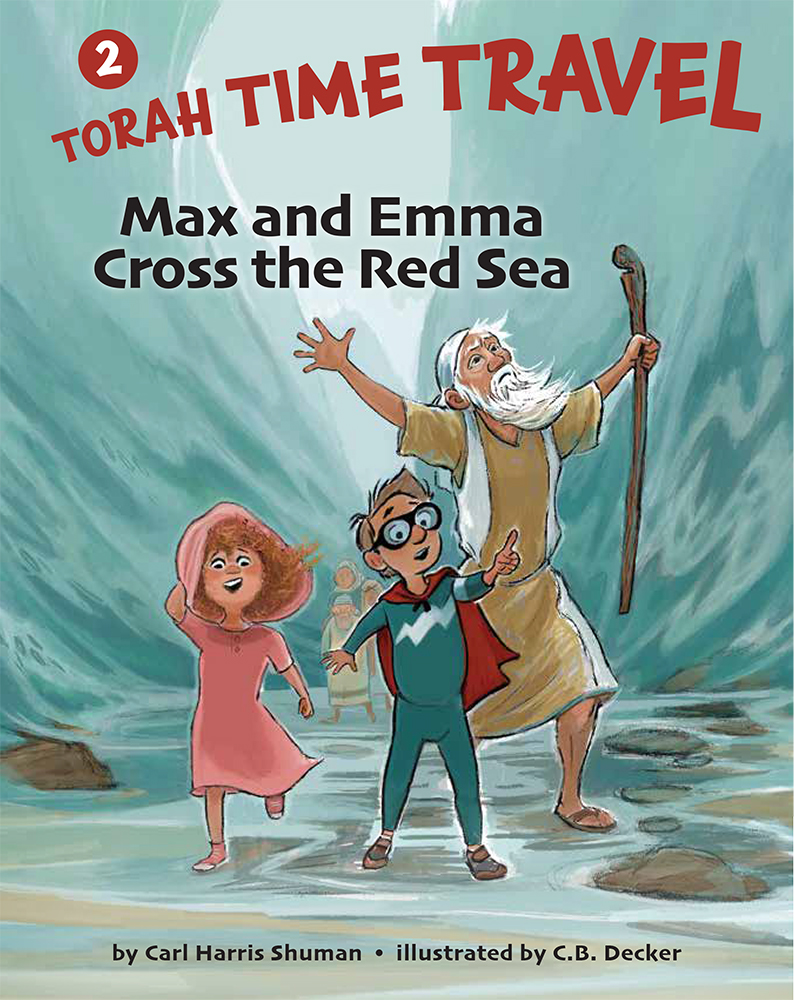 Also coming in March are the first two volumes in a new series of time travel chapter books for younger readers (ages 6-8) from Carl Harris Shuman with illustrations by C.B. Decker. Max Builds a Time Machine: A Torah Time Travel Book introduces young Max who is good at making things from cardboard and scraps, but a little less good at making friends and isn’t sure what to do about the new girl in his class. When he has questions about the Biblical story of Abraham and Sarah they are studying in school, Max uses his skills to make a time machine to get some answers on his own, and in the process learns the value of welcoming strangers--including new kids at school. In volume two, Max and Emma Cross the Red Sea: A Torah Time Travel Book, the now fast friends want to see if the Red Sea really parted for the Israelites, so they travel back in time and meet Moses and Nachshon, whose examples help Max get over his fear of reciting the Four Questions at his family's upcoming Passover seder. 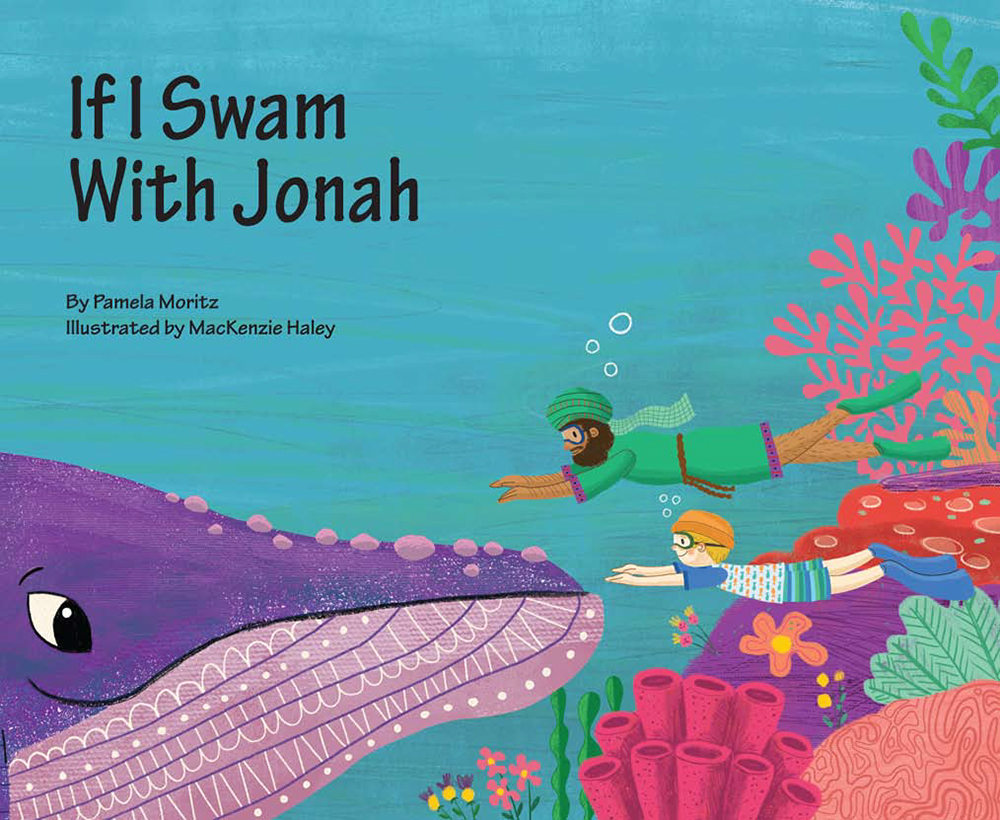 Later in the spring, If I Swam with Jonah, by Pamela Moritz and illustrated by MacKenzie Haley, follows the popular If I Lived with Noah as the second Bible story title from this team in which a child wonders what it might have been like to be part of the story themselves. In lilting rhyme, Jonah gets company and a bit of advice from an adventurous youngster.

As the calendar reaches May 3, Apples & Honey Press will release its first board book series for babies. Text by Vicki L. Weber with charming illustrations by Shirley Ng-Benitez follow Jewish babies and toddlers though daily and weekly life. Start the Day introduces the greeting Boker Tov while Lailah Tov is the theme in Time for Bed. Shabbat Shalom finds babies celebrating the weekly holiday with their adults, and A New Week introduces Shavua Tov. 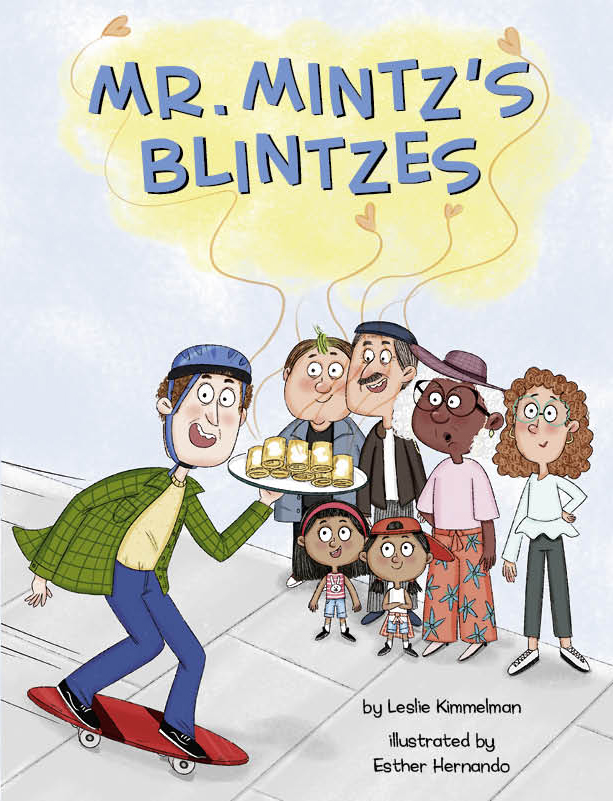 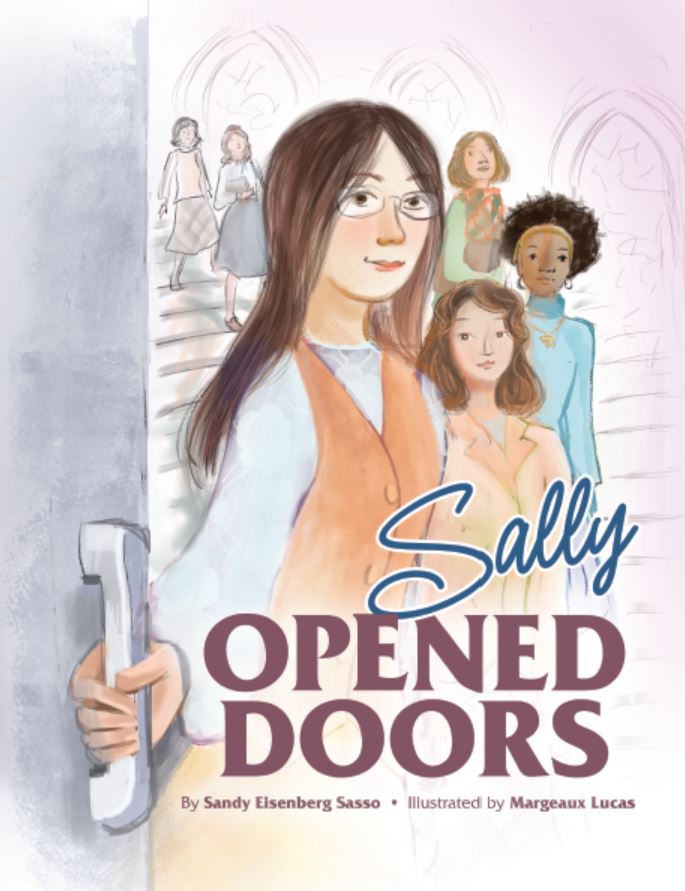 Also in May and in time for Shavuot, Mr. Mintz’s Blintzes by Leslie Kimmelman and illustrated by Esther Hernando tells the story of a popular man who gets help from his neighbors just when he needs it the most.

The Spring 2022 season will round out with the release on June 1 of Sally Opened Doors, by Sandy Eisenberg Sasso with illustrations by Margeaux Lucas, is the story of the first woman ordained as a rabbi in the US and comes just in time for the 50th anniversary of women in the rabbinate. This is the third book by this duo featuring notable ‘first’ women in Jewish life.