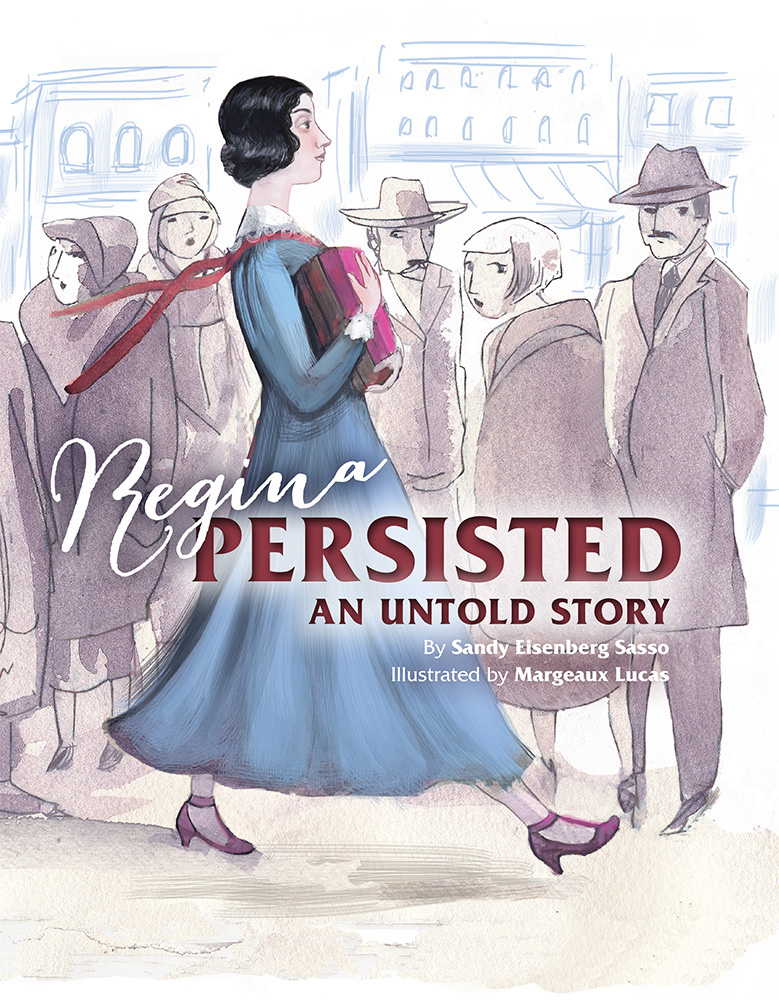 If you are a teacher of young children or have children in your own life, get ready for October, when our children’s book imprint, Apples & Honey Press, releases five new titles.

One of them has just earned a prestigious starred review from Kirkus Reviews. Regina Persisted: An Untold Story by Sandy Sasso tells the true story of Regina Jonas, the first female rabbi. Though she faced opposition every step of the way, Regina did not stop until she accomplished her goals of becoming a religious leader within her temple.

Read the starred review from Kirkus below:

Regina Jonas was determined to become a rabbi, but she faced nearly insurmountable opposition.

While other girls played house, she played rabbi, pretending to read Torah to her toy animals. She took every opportunity to learn, studying first with her father and then with the rabbi of her synagogue. She kept on studying, but at the last moment she was prevented from taking the examination that would allow her to achieve her goal. At every step she was cautioned to concentrate on domestic skills or told to stop causing trouble. As a schoolteacher, she taught Jewish girls about Miriam, Esther, and Deborah, strong Jewish women in the Bible, and never gave up on her dream, although she continued to be denied the opportunity to take the needed tests. But her impact on the Jewish community was recognized, and in 1935 she finally succeeded in becoming a rabbi, the first woman rabbi in the world. All of this took place in Berlin, where life for Jews was becoming more and more restricted and then impossible. Sasso, a rabbi herself, tells Regina’s story with great admiration and compassion. In an afterword readers are told of Regina’s deportation to Theresienstadt and then her death at Auschwitz. Lucas’ sepia and soft earth tones beautifully capture Regina’s strength in her facial expressions and body language as well as the time period and setting.

Click here to visit Kirkus Reviews and click here to see the other exciting titles Apples & Honey Press has to offer. Preorders for Regina Persisted: The Untold Story may be placed at Amazon or Barnes and Noble.