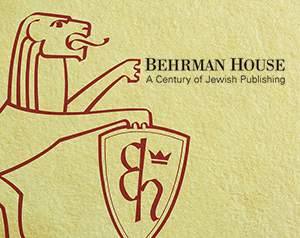 What does a one-hundred-year-old Jewish publishing firm do to celebrate a big birthday? It publishes a book!

Behrman House: A Century of Jewish Publishing (Behrman House, 2021), described as both classy and quirky, tells the story of three generations of Behrman family ownership that began in New York City in 1921 and continued uninterrupted through ten decades, creating books that “set an esthetic standard other publishers had to meet.” [1]

In that time, the firm that began as a modest Judaica bookshop on Manhattan’s lower Fifth Avenue selling prayerbooks and ritual objects grew into a trade publisher and the leading creator of Jewish educational materials, one that has counted among its customers most of the Reform, Conservative, and Reconstructionist synagogues, congregational schools, and progressive Jewish day schools in North America. And as other Jewish publishing entities and bookstores have diminished or disappeared in recent years, Behrman House has continued to publish 20-30 titles per year while creating new opportunities, including the first pedagogically successful and economically viable digital materials specifically for Jewish education, and the award-winning children’s picture book imprint Apples & Honey Press, established in 2015. 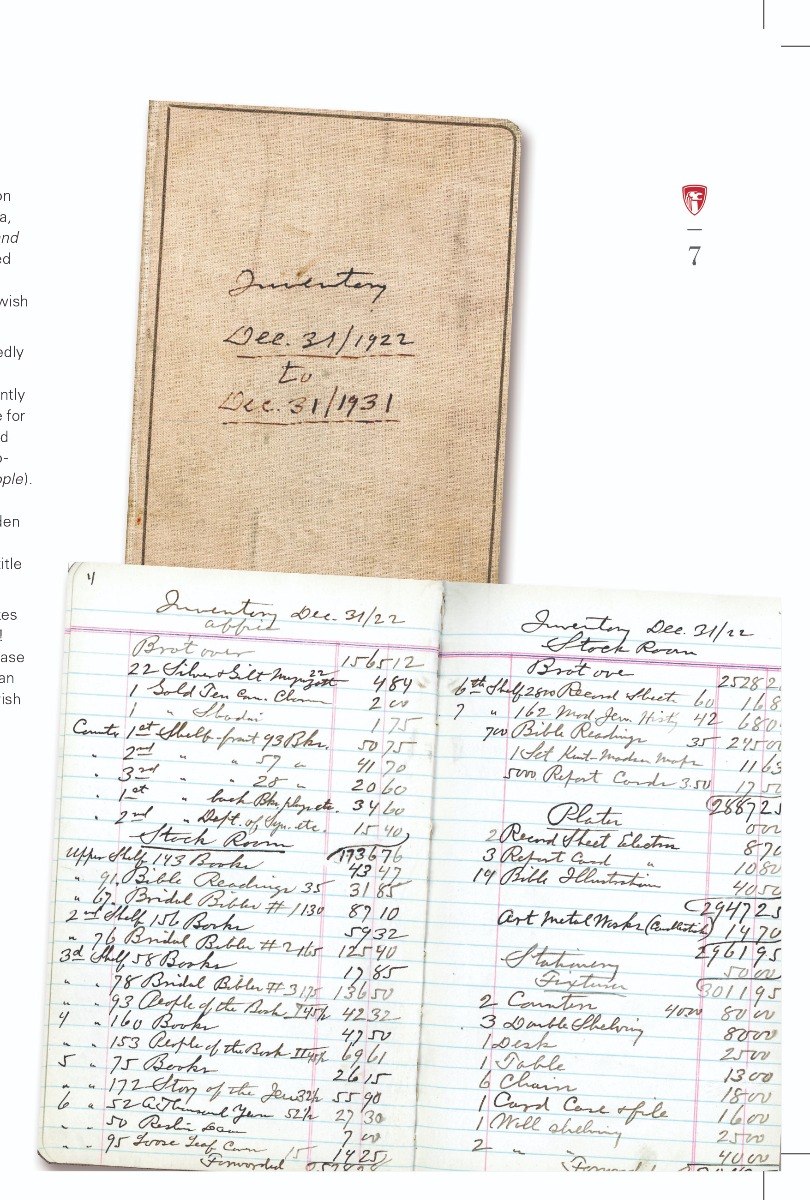 Behrman House’s influence on American Judaism has been far-reaching. According to historian Jonathan Krasner, Visiting Professor at the Jack, Joseph, and Morton Mandel Center for Studies in Jewish Education at Brandeis University, “With a dominant position in the market since the 1960s, Behrman House has been in the position to shape American Jews’ self-understanding, the ways in which they express and relate to their tradition.” [1]

The book itself, which spotlights Louis, Jacob, and David Behrman, the father, son, and grandson who have each in their own time held the position of publisher, begins with an introduction by Rabbi David Ellenson, Chancellor Emeritus of Hebrew Union College-Jewish Institute of Religion and includes a brief tour of the ten decades of the firm’s work by Rabbi Danny Zemel, Senior Rabbi of Temple Micah in Washington, D.C., both of whom recall the impact of Behrman House on their educations as rabbinic students in New York in the 1970s.

Seeded throughout are reminiscences from educators, authors, designers, colleagues, and friends who have been part of the firm’s work, together with photos and documents that illustrate the unique history of this still-independent family business. Contributors include ARJE past presidents Dr. Katherine Schwartz, Mindy Davids, Julie Vanek and Lori Sagarin; Rabbi William Cutter, founder of the Rhea Hirsch School of Education at HUC-JIR; Dr. Leslie Litman, Director the Executive M.A. program in Jewish Education at HUC-JIR; Rabbi Bradley Shavit Artson, Vice President of American Jewish University; children’s book author Eric Kimmel; novelist Nessa Rappaport; Dr. Jonathan Sarna, Professor of American Jewish History at Brandeis University; Naomi Firestone-Teeter, Executive Director of the Jewish Book Council; and Rabbi David Wolpe, Senior Rabbi at Sinai Temple in Los Angeles. The book closes with a letter from Dr. Dana Herman of the American Jewish Archives, which holds the papers of Behrman House, ensuring that those who wish to research Jewish publishing in the United States will have access to these records. 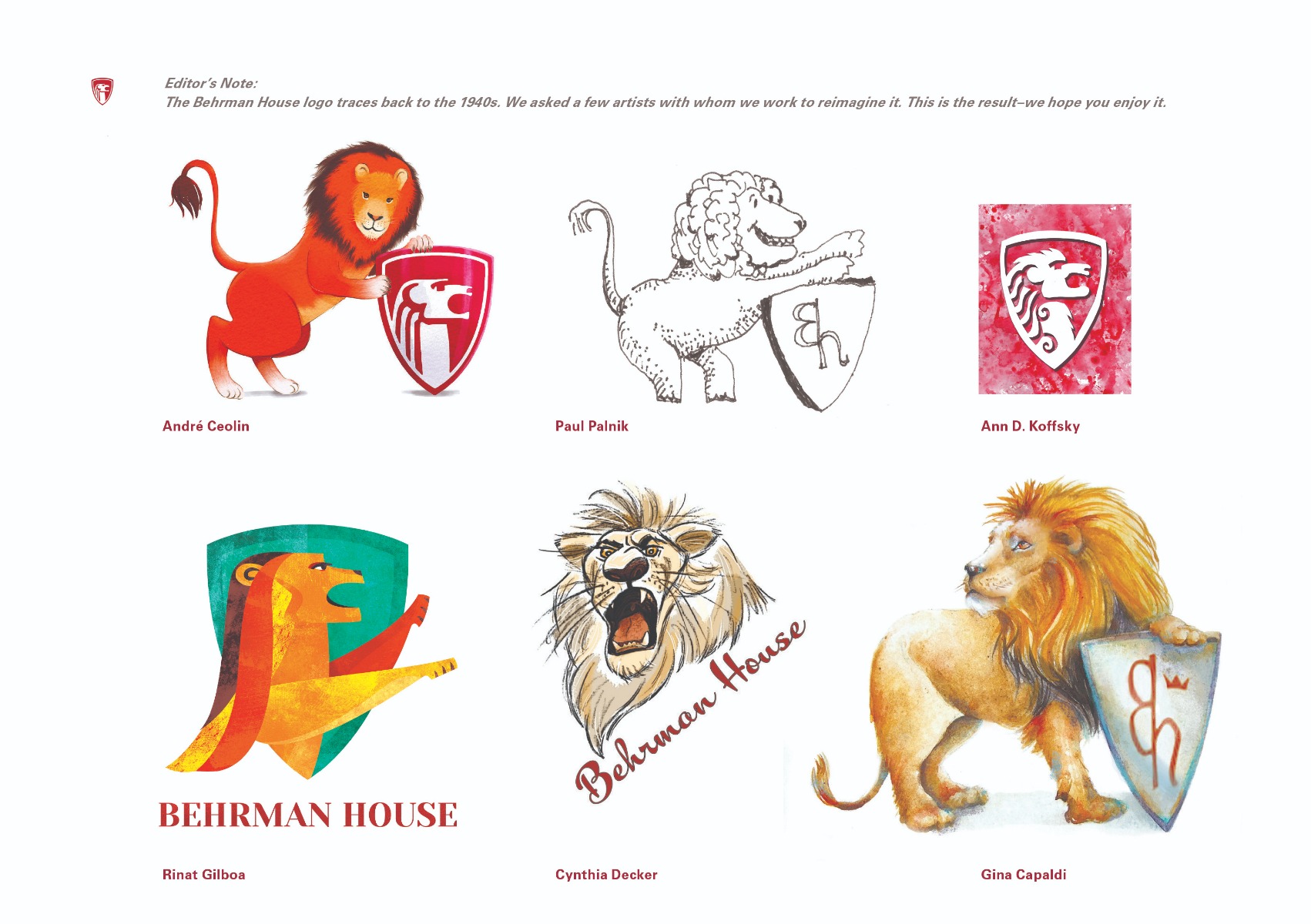 A Century of Jewish Publishing

Available from the publisher by special request