Yes, Hanukkah is just around the corner. Here are some new story books - and some other favorites - to entertain and inspire young children this holiday. 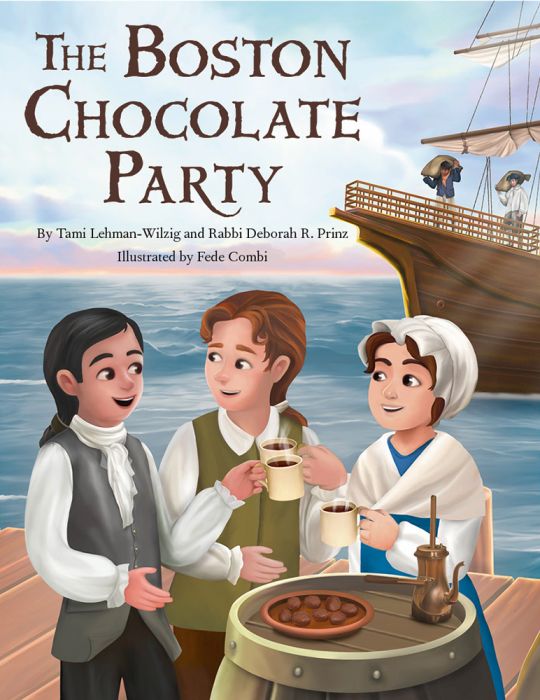 It's December 1773 and time to celebrate Hanukkah. Joshua Mendes is excited to light the menorah, eat fried dough bunuelos, and taste the new hot chocolate drink he and his family have been making to sell to curious colonists.

But he's also a bit sad, because times are tough and his best friend moved away amid a brewing fight for American independence.

The friends find a way to share their love of their favorite holiday and love of chocolate together, while also working toward a better future for their families.

End notes provide background about the Boston Tea Party, a brief explanation of the holiday of Hanukkah, and a description of America's first Jews, predominantly settlers from Spain and Portugal who came to escape religious persecution and to find religious freedom and economic opportunity. 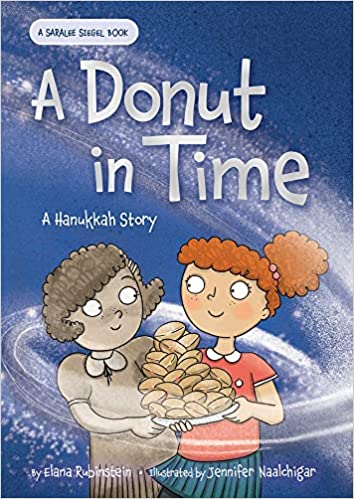 A Donut in Time: A Hanukkah Story (Saralee Siegel, 3)

Saralee Siegel can do extraordinary things with her super-nose. But when a smell cloud sends her back in time, she could lose everything.

Saralee is stunned to learn that she's not the only one in the family with a superpower. Her great-grandmother Gigi also had a magical sense of smell. And when Saralee makes Gigi's Hanukkah donut recipe, the scent creates a portal in time.

Soon Saralee finds herself face-to-face with a young Gigi--and she's not the fierce, unstoppable person Saralee imagined. Gigi's ready to give up on her dreams. Saralee needs to help her find courage, or the future will be changed forever!

This is the third book in the Saralee Siegel chapter book series.

Everyone knows that Big Larry makes the best latkes in town. This year he is throwing a Hanukkah party for all this friends, and the latkes need to be extra special. So he goes on a quest to find some brand\-new flavors. But peaches are a soggy mess, and turnips are a flop. Big Larry’s kitchen is a latke disaster. Good thing he has some help from his friends.

When General George Washington meets a Jewish soldier lighting Hanukkah candles, he gets inspiration from the story of how a small band of Jewish fighters defeated a powerful army.

Shield of the Maccabees: A Hanukkah Graphic Novel

Just before the very first Hanukkah, two friends - one Jewish and one Greek - are living in ancient Judea as war comes to their land. Jonathan joins the Maccabees while Jason joins the Greek army. They seem destined to fight one another. How will their friendship survive?

Judah Maccabee Goes to the Doctor

More than anything, Judah wants to be a good big brother to his baby sister, Hannah. He even uses his new Maccabee shield to protect her from danger!

On the last day of Hanukkah, during a visit to the doctor, Judah refuses to have his shot. Surely, his shield can protect him from germs, too!

Read how a veteran educator is using this storybook

Sara sees an old man pick up a bruised apple from the discarded pile next to the local market. As Hanukkah approaches, Sara discovers that tzedakah can be as bright and colorful as a Hanukkah cookie.

"A sweet and compassionate introduction to an important Jewish custom." - Kirkus Reviews

How It's Made: Hanukkah Menorah

A photographic picture book about how a menorah is made, step-by-step.

Having a storybook event in your congregation? Contact us about quantity discounts.