Teaching the Holocaust to Children 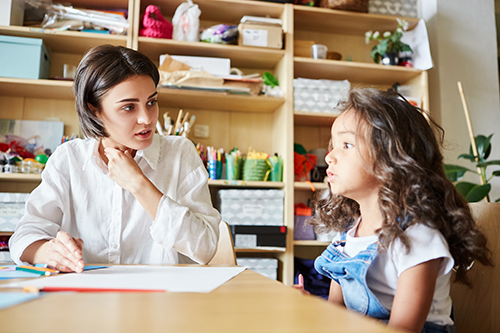 Teaching the Holocaust is no easy task – no matter the age of your learners. It raises difficult and sometimes unanswerable questions. It demands emotional sensitivity while elevating our own emotions.

And yet, of course, we must. As Dr. Ruth, a Holocaust survivor who became a world-famous therapist, said recently in an interview, “There are people who say, ‘stop talking about it, it's already so long ago, it's like the Civil War, we don't want to hear about it anymore.’ But we have to learn from history. Otherwise, as you know or as anybody who is educated knows, otherwise the story can repeat itself.”

As educators, we are always wondering what’s the best way to broach tough topics with our students in age-appropriate ways. Consider these guidelines for educators from the U.S. Holocaust Memorial Museum for younger children:

• Focus on one story. Elementary-age students are able to empathize with individual accounts.

• Set aside the big picture. Children under about age 10 often have difficulty placing such stories in a larger historical context.

• Introduce values. This age is ideal to begin discussing the value of diversity and the danger of bias and prejudice. These critical themes can be addressed through local and national historical events and can be reinforced during later study of the Holocaust.

Behrman House has also been exploring how to introduce this subject to younger children. The following three stories offer a gentle introduction to the Holocaust, told through singular stories:

Mama hugged us too tightly.

Pressed kisses upon our heads

I held Lieb’s hand in mine,

I told him I’d never let him go.

Separated from her family, Ruthi struggles to find hope by holding tight to a childhood promise in this story of loss and love.

Set in a graphic novel format, this book recounts Dr. Ruth’s up-and-down story of resilience and reinvention, beginning with her escape from Germany at age 10 aboard a Kindertransport, to training as a sniper with the Hagganah in Israel, through her immigration to the U.S. where she started as a maid, became a college professor, and eventually a television star.

This award-winning true story of the first woman ever ordained as a rabbi – in German in 1935 – inspires children to pursue their dreams and persist in the face of challenges. An Afterword provides historical context about the Nazi Germany setting.

For older elementary students, Ten Thousand Children shares first-person accounts of the children who were rescued from Nazi-occupied territories and safely transported to England and puts those stories into context of the Kindertransport.