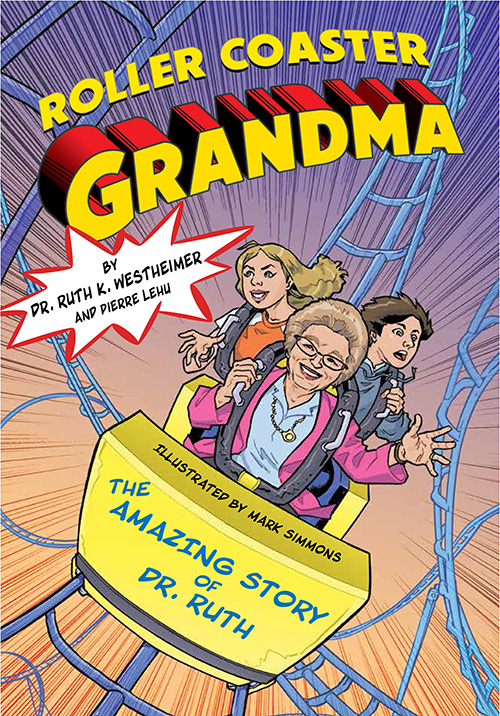 Roller Coaster Grandma: The Amazing Story of Dr. Ruth, a new book from Apples & Honey Press, uses the graphic novel format to tell the dramatic true story of Dr. Ruth Westheimer's grit, resilience, and strength for ages 8-12. Roller Coaster Grandma recounts her escape from the Nazis at age 10 aboard a Kindertransport, to training as a sniper with the Hagganah in Israel, through her immigration to the U.S. where she started as a maid, became a college professor, and eventually a television star. Using a trip to an amusement park with her grandchildren as its framework, the story subtly demonstrates lessons that readers can apply to their own lives.

Q. Describe your process for illustrating a graphic novel.

A. It's not too different from illustrating other children’s books in that we start with rough sketches. On Roller Coaster Grandma we spent a LOT of time on the layouts. We originally had what was like a movie script, and it was visual in the sense that we had an idea of how to present scenes, and when to transition to flashbacks. We had to figure out what would be a panel, what would be a full page, what would be the big dramatic moment. We mapped it out for 64-page novel, and that's a process. Then I sketched it out with increasing amount of detail - a line of dialogue here and there.

I spent most of my time on layouts. I was concerned about emphasizing the right moments and get the pacing right, like when to build up to turn the page. In comics, you want an editor to be attentive to pacing, layout, presentation. Unlike film, you can't do slow motion, for example. You control that by the rate at which you're pushing out new info to the reader. Are the images close up in a single panel, or is it a big moment that should have a whole spread?

Q. How do you go about illustrating a true story?

A. I really enjoyed the historical research process. In general, it's aways helpful to check out books and documentaries and so on, to help get a feel for the era. In the days before Internet, illustrators had to maintain scrap files, huge filings of clippings for later reference. Now, you look around, take lots of screen shots, build folders on the comptuer to organize them. I created a virtual scrap file for historical images from World War II and the other points in time referenced in Roller Coaster Grandma.

Q. You were illustrating two time periods - historical and current day. What choices did you make to create that distinction?

A. Sepia was a big help here. For one, there isn’t much color reference from that time period. We only have black and white photography from the Kindertransport. Also, we wanted some way to signal transitions to the past. In comics, in general, there are certain techniques to signal flashback, like round corners on panels in U.S. comics, or the Japanese comics that make margins and gutters go from white to black. But those would have been way too subtle for the Roller Coaster Grandma young readers. Sepia saved us from making color decisions. When I was inking those, I used diluted ink, and painted right on the pages. Then we decied to highlight some things with a bit of color tint. It worked nicely to add a bit more vibrancy.

Q. What was it like working with Dr. Ruth?

I mostly worked via the editor, Ann D. Koffsky, and indirectly with Ruth and Pierre. I’m in San Francisco, but I did meet up with Dr. Ruth in New York last year. I showed her the pages and got her reactions to the drawing at that point. She told me that “the dolly has to be more beautiful.” That was useful, because I could get a sense of her personality up close and find out what was important to her. I didn’t get much chance to observe her from a distance and sketch her, though, to study her mannerisms. Those things are really useful when you're drawing someone.

I love that we are telling a historical story to kids so they can learn from someone's amazing true story. The book is out there in the world and I’d like to think that I did right by Dr. Ruth.

Q. When you’re not illustrating graphic novels, what other kind of design work do you do?

A. I’ve been doing quite a lot of teaching. I also do graphic recording, which means doing live cartooning at presentations and confernces. I've been working in Silicon Valley doing notetaking in cartoon form. I'll get a big piece of paper and draw as proceedings unfold. It's like a visual record of what went down, like creating a live comic book. There are so many fun new things you can do with the art form. 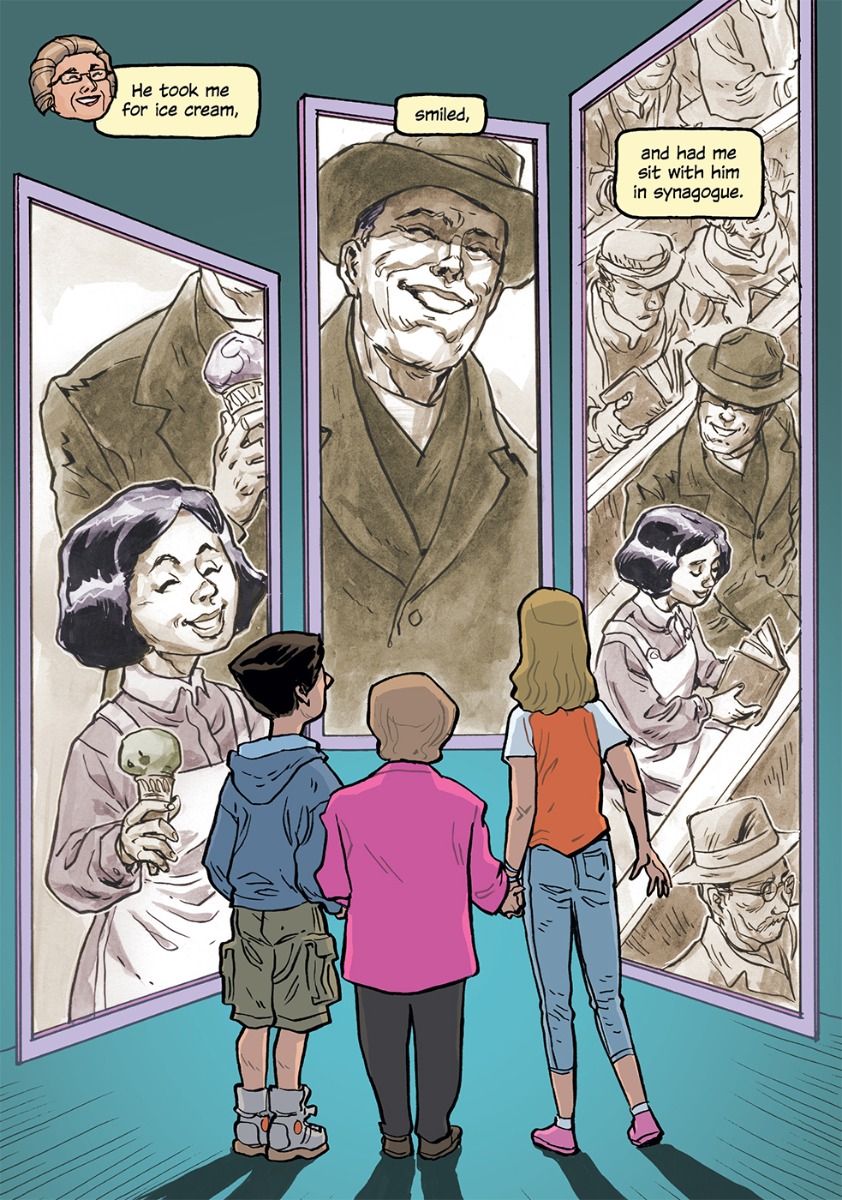 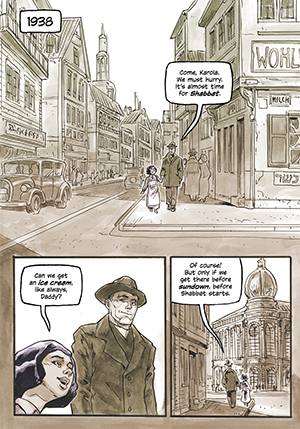