Power Up Your Classroom with Award-Winning Storybooks 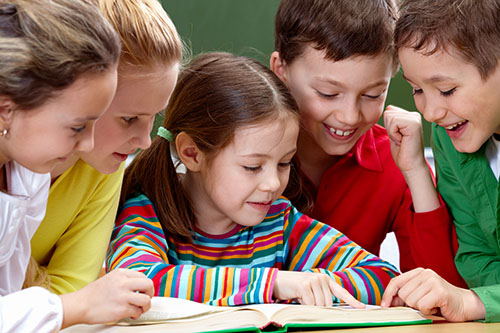 Children's books have the power to engage and to integrate reactions by the different “domains of the brain.” The wiring and firing of neurons produced in early childhood help to create the architecture of chiildren's minds and "lay the pathways for future thought and imagination." So writes Meghan Cox Gurdon in a recent article in the Wall Street Journal titled "The Secret Power of the Children's Picture Book."

Here at Behrman House, we take great pride in creating picture books with compelling storylines, powerful art, and words that sound good to the ear, as we know most young children hear stories read aloud. Two of our newest Apples & Honey Press titles have won awards this year: Regina Persisted: An Untold Story, written by Rabbi Sandy Eisenberg Sasso and illustrated by Margeaux Lucas, has been named a finalist in the 2018 National Jewish Book Awards.  And French Toast Sundays, written by Gloria Spielman and illustrated by Inbal Gigi Bousidan, earned the title of Notable Book for Younger Readers by the 2019 Sydney Taylor Book Awards from the Association of Jewish Libraries.

Since its launch, Apples & Honey Press has been committed to publishing children's books of excellence that speak to the Jewish experience. Many of our storybooks have been celebrated and garnered award-winning attention.

"Come on down, Mina," said Aunt Jan.
"Staying right here," said Mina.
When Mina's beloved Grandma dies, nothing feels right anymore.
People come to visit. Mina just hides up in the big old oak tree. But the stories she hears about Grandma bring her slowly back down —
until at last Mina feels ready to smile again.

Regina Persisted: An Untold Story
Award: Finalist – National Jewish Book Awards – Children’s Literature (2018)
This true story of the first woman ever ordained as a rabbi — in Germany in 1935 — will inspire children to pursue their dreams and to persist in the face of challenges. Written by Rabbi Sandy Sasso, the first Reconstructionist woman rabbi in the United States, the book also features an Afterword with historical context about the Nazi Germany setting and about the female ordinations in the various Jewish movements.

Yom Kippur Shortstop
Award: Sydney Taylor Notable Book (2018)
It's Jacob's third year in Little League, and he's never missed a game. The championship game is coming up, and his team is counting on him. But then he finds out the game is scheduled on the holiday of Yom Kippur. The game is important. Yom Kippur is important, too. And Jacob has a decision to make.

Big Sam: A Rosh Hashana Tall Tale
Award: Sydney Taylor Notable Book (2018)
How does Big Sam make a GIANT-sized challah for Rosh Hashanah?
He digs an enormous hole in the ground to use as a mixing bowl. (It's still there today — we call it the Grand Canyon.)
He adds mountains of flour, thousands of eggs, and other good things.
He whittles a massive California redwood tree into a mixing spoon. He flattens the hills of West Texas as he kneads the dough. And he bakes it inside Mount Saint Helens.
But when it's time to celebrate the holiday, the eagles call out, "Not so fast, Big Sam!" Rosh Hashanah is about fixing the world, and Big Sam has some MAJOR cleaning up to do.

Hanukkah Cookies with Sprinkles
Award: Sydney Taylor Notable Book (2016)
Sara sees an old man pick up a bruised apple from the discarded pile next to the local market. She wonders if he's hungry, as she eats her own breakfast. She wonders if he's lonely, as she shares Shabbat dinner with Mom and Grandma. As Hanukkah approaches, a season of light and hope, Sara discovers that tzedakah can be as bright and colorful as a Hanukkah cookie with sprinkles.

Farmer Kobi’s Hanukkah Match
Award: Finalist – National Jewish Book Awards – Children’s Literature (2015)
Farmer Kobi’s well-mannered goats, donkey, and sheep know just how to play host, and they give Polly, Kobi’s Hanukkah guest, a gracious welcome. But when Polly isn’t sure animals belong in a house, what will happen next?  Find out with laugh-out-loud pictures and puns that are sure to entertain all readers. As donkey says: Hee-Haw-Yahoo!

Light
Award: A Sydney Taylor Honor Book (2008)
In the beginning, there was emptiness, like a blank canvas. It was going to be finished with a special kind of light, stored in a huge jar. But the light was so powerful it shattered the jar into millions of pieces. People were created to find the sparks of light and bring them back together so that the world would be perfect.

The Littlest Pair
Award: National Jewish book Award Winner (2002)
None of the animals want the termites to come aboard Noah's Ark. After all, termites eat arks. But when the rain starts pouring and the animals start slipping helter-skelter across the Ark, the termites use their wood munching abilities to save the day.

Looking to hold a book event at your congregation? Contact us - we'd be happy to discuss quantity discounts with you.