It’s a midweek afternoon, and the bell is ringing at Temple Shaaray Tefila in New York City. Everyone in the office and hallway stops to applaud the child who rang the bell. In this school, it sometimes happens 20 times a day.

The bell sits on the desk of Connie Heymann, principal of Shaaray Tefila’s religious school, which has about 500 students. Whenever a student completes a unit of Mitkadem, the self-paced Hebrew program, he or she comes to Heymann’s office and rings the bell.

“It’s the single best thing ever,” she says. “Everyone knows what the bell ringing means. It means that child has worked hard and made progress, and that’s worth applauding.”

Shaaray Tefila has been using Mitkadem for years, with great success. The individualized Hebrew prayer program gives students a chance to work at their own pace and level. The curriculum is organized into 23 levels, called “ramot,” and each one contains multiple types of activities focused on grammar, vocabulary and reading. Students who prefer to work alone can do so, while others might be more interested in practicing reading with a partner.

Heymann, who plans to retire at the end of this school year, has developed a tight, organized system where students take charge of their own Hebrew learning, teachers are guides, and assistants and Hebrew specialists support the process. 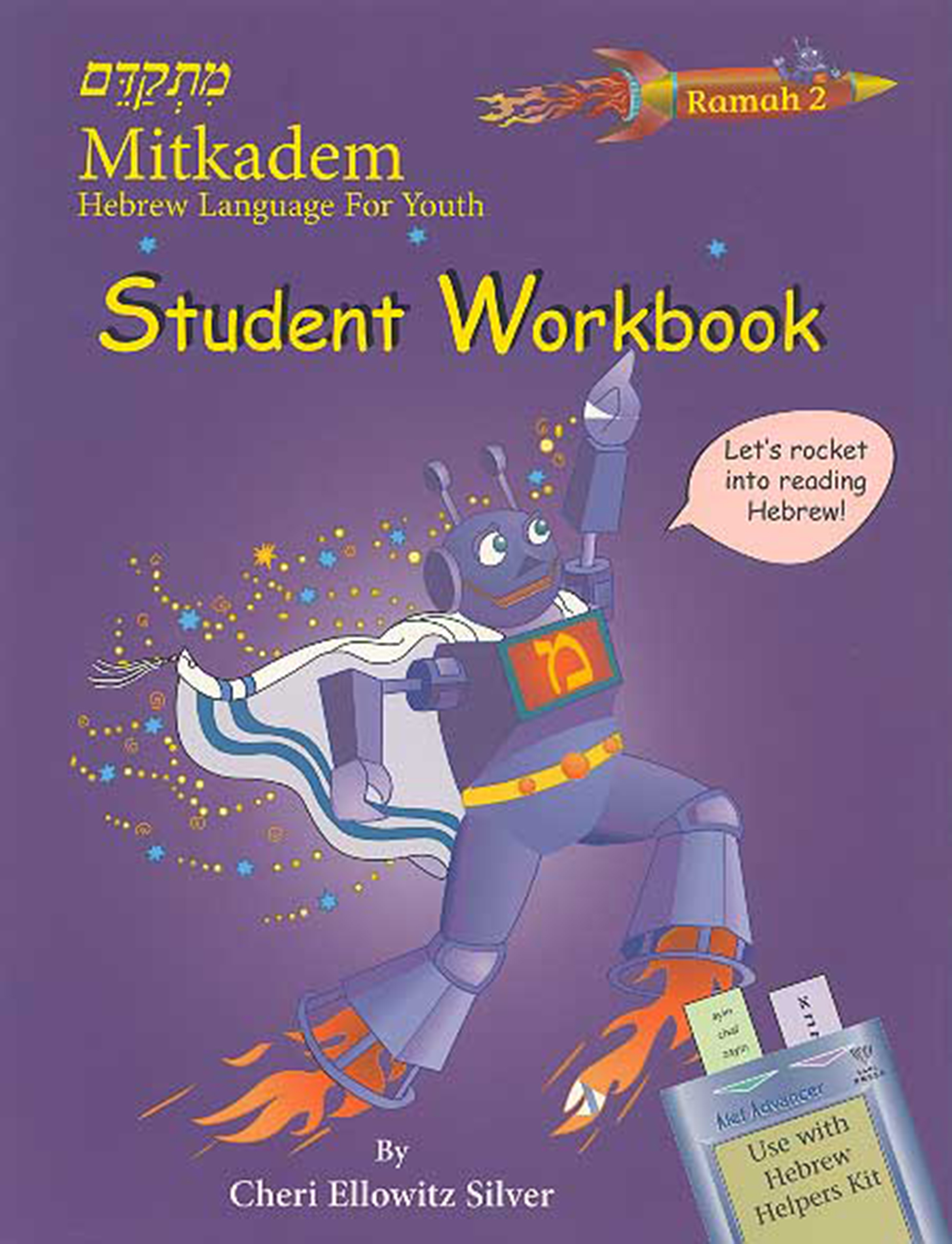 Here’s how Mitkadem works for most students at Shaaray Tefila: Third-grade students mostly use the teacher-directed introductory Ramah 2 workbook in a traditional frontal learning group to learn the letters, sounds, vowels, and basic decoding.

At some point during the year, the students move to Ramah 3, which introduces students to the Mitkadem system and to self-paced, self-directed learning. When they’re absorbed the rhythm and rules of the system, teachers evaluate whether they’re ready to move on to the self-paced ramot. “That’s when they’re not in lock step anymore,” Heymann says. 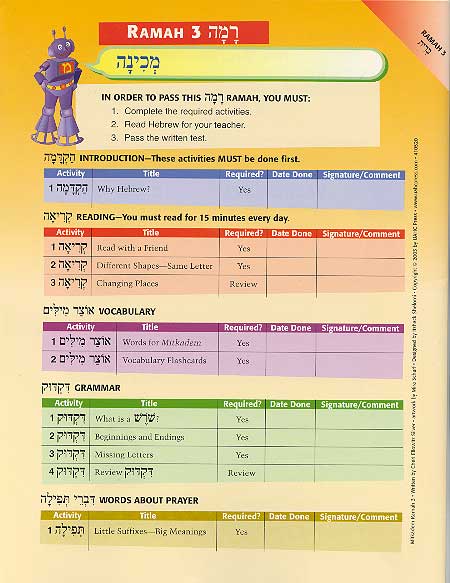 Students in grades 4-5 work on ramot at their own pace, under the supervision of their teacher. Students are expected to complete between three and five ramot each year. “That is realistic, time-tested number,” Heymann says.

Shuffle the order of the ramot. “We order the prayers in the order students encounter them in our t’filah. It lets them immerse themselves in prayers they’re already familiar with.”

Have students use a study guide. After a student finishes all the activities in a ramah, they may ask to use a 1-page guide of the major concepts and roots that the school has developed in-house. “It’s a different way to look at the same stuff, and gives them a chance to help their memory.” Once in a while, a student may be asked to create their own guide to distill the information.

Outsource assessments. Shaaray Tefila has a resource room called the “Mitkadem Room” staffed by adults (usually rabbinic or cantorial students) to work individually with kids who need support, and to listen to students read and review their test together after they’ve completed a level. “We give them 100% responsibility for the end-of-ramah assessments. They make good judgments about whether a child has learned at his or her level from the materials.” After a student passes, the Mitkadem assessor signs off a sheet with the child’s name, the ramah level just completed, and comments. “Someone might write down, ‘Wow, Aaron did a great job on reading but still mixes up the following vowels. Teacher, please make sure to help with vowels.” 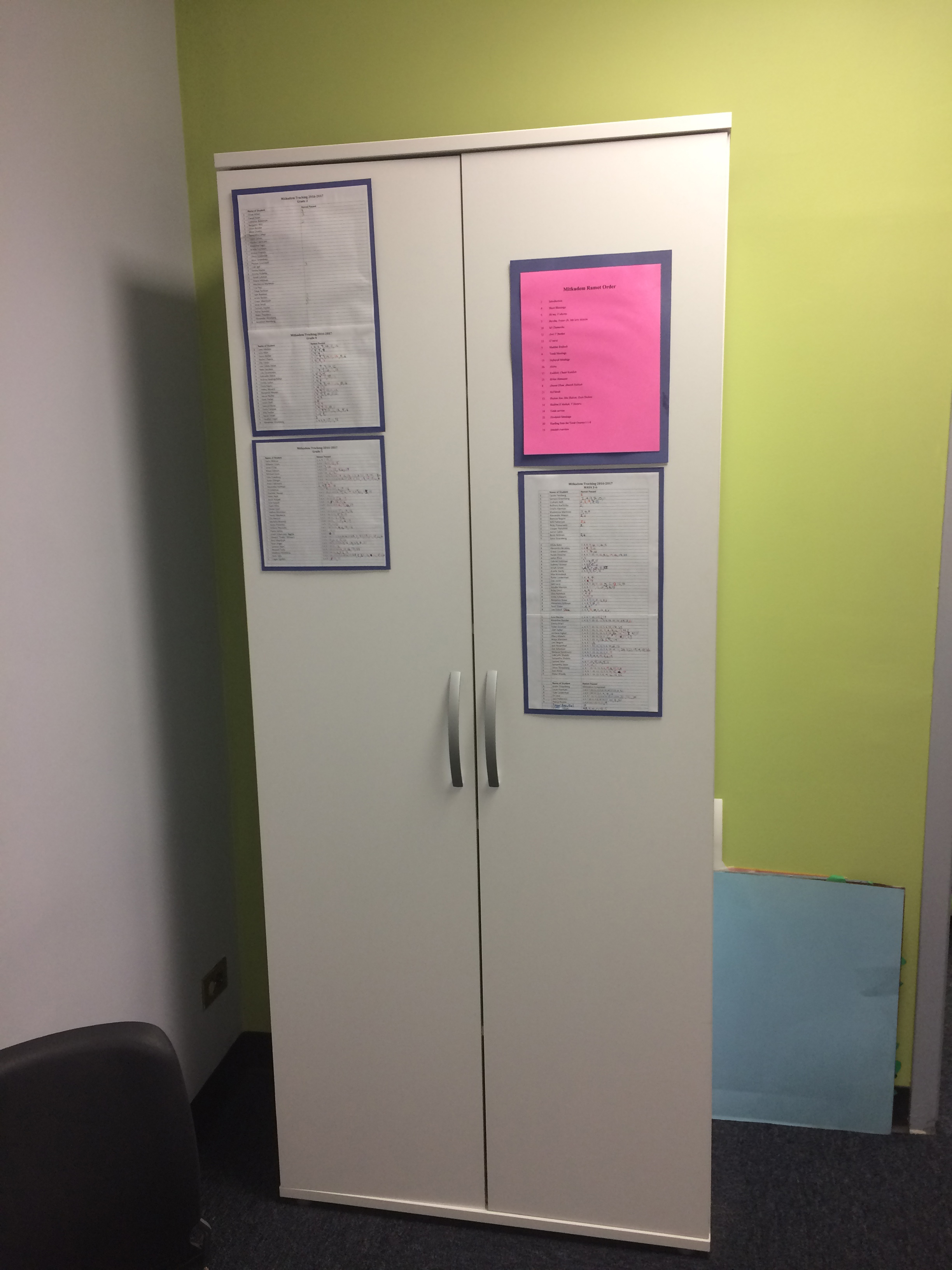 Have an organizational system. Students bring that sign-off sheet to Heymann’s office where three things happen. She reviews the comments with the child, opens the cabinet opposite her desk, gives them the next ramah, and asks them to ring the bell. To keep track of all the students and their progress, she consults a sheet taped to the outside of that cabinet. “Kids see me add the completed ramah number to their list, and they can see their progress visually. It’s motivational for them.” The list also serves another purpose: “If we see a kid hasn’t been down here yet by Thanksgiving, we're all over it." 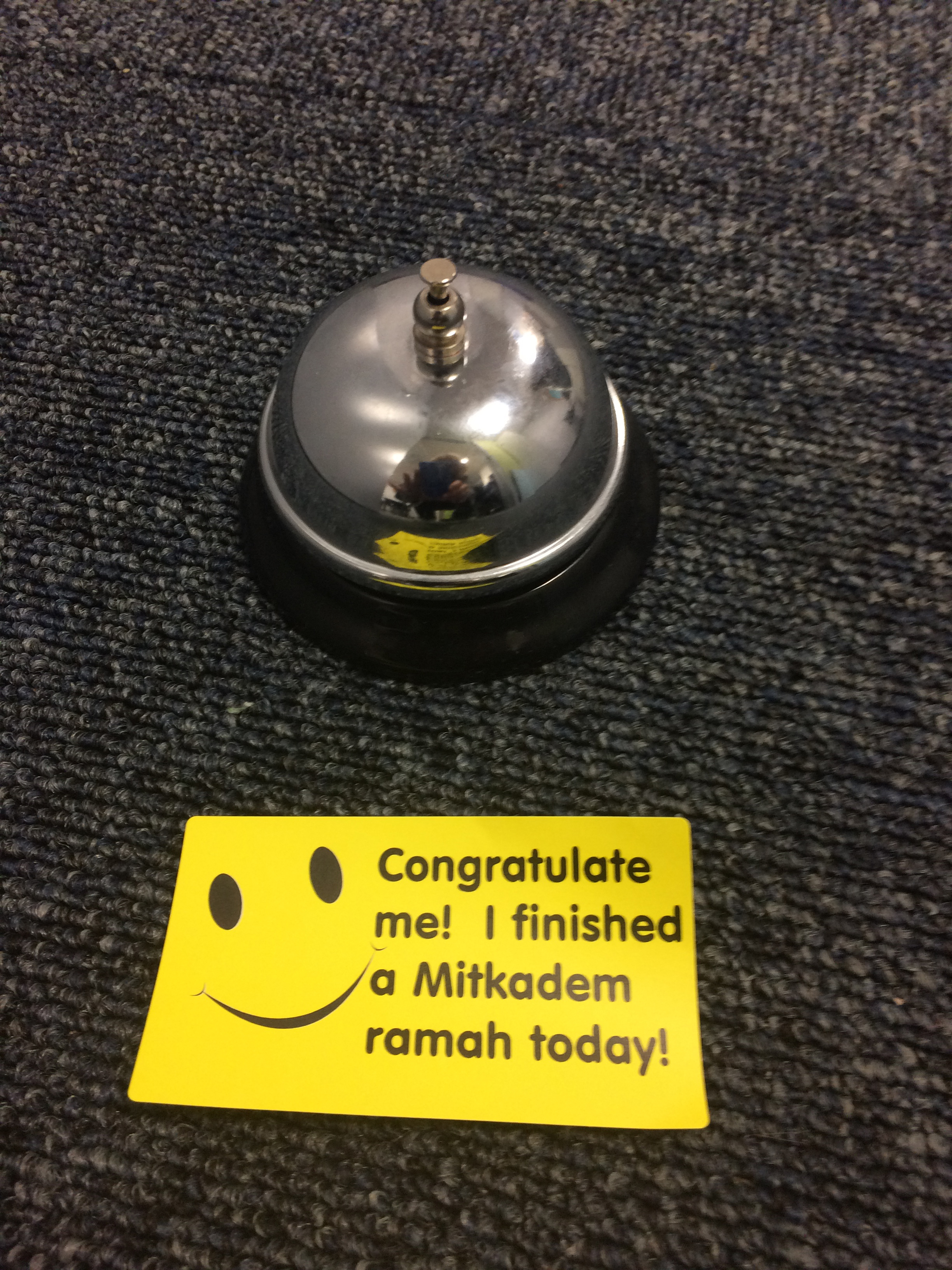 Train and check in regularly with teachers. All teachers in the Mitkadem chain are required to attend a 3-hour training before school begins to walk through a lesson, learn how to manage a classroom of self-paced learners, and share best practices.  “It’s a fallacy that you can do one training session for Mitkademand that’s it. We have a ton of oversight and observe our teachers a lot. Somebody has to take seriously watching each kid.” Heymann says. “I can’t just assume the classroom teacher is on it. They may think a child is working because they’re hunched over their booklet, but it doesn’t help a kid to spend four months on a single ramah.”

Show kids you’re proud of them. After students complete a ramah, they get a bright yellow sticker to wear home saying “Congratulate me! I finished a Mitkadem ramah today!” The school also emails a note home to the student’s parents. Most years, Shaaray Tefila has at least one student finish all 22 ramot that are used at the school. They make a big deal of it – inviting parents to a special t’fila service that includes a little ceremony where the child gets their own bell  (signed by all the school's teachers and administrators) in front of all their peers. "This public recognition of student progress has greatly impacted student motivation and sense of accomplishment," says Mindy Davids, director of the temple's religious school.

This year the school is on track to have five students finish all the ramot, a feat of which Heymann is especially proud. “I always cry. It’s just so rewarding. And to have five in one year!”

When she retires in June, she’ll be taking her bell with her – a reminder of all the pride and fun in learning.